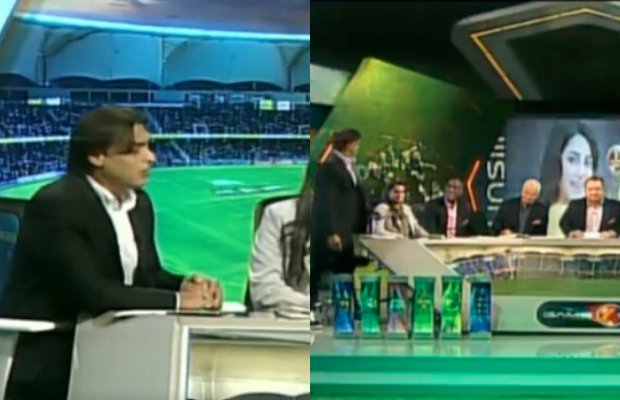 Some late-night drama at PTV’s Sports ‘Game On Hai’ that left Shoaib Akhtar to walk out after being ‘insulted on lives show.

It all happened at the PTV Sports show “Game on Hai” on Tuesday night when the former fast bowler Shoaib Akhtar had to leave a live show midway following a heated exchange with the host of the show  Dr. Nauman Niaz while analyzing Pakistan’s victory over New Zealand.

However, Niaz cut him short and moved to the next guest for their comment, after saying, “You’re being a little rude and I don’t want to say this: but if you’re being over smart, you can go. I am saying this on-air.”

It is still not clear what rubbed Niaz the wrong way, to be rude to the guest that too in front of international stars sitting on the panel.

Shoaib Akhtar walked off the set of PTV sports saying he is embarrassed about what happened during the live transmission. He resigned while he was live on Game On Hai.

“A lot of apologies guys, a lot of apologies,” Akhtar said before walking off the set. “I am resigning from PTV. The way I have been treated on national TV, I don’t think I should be sitting here right now.”

@shoaib100mph is our pride, no one can insult him on National TV. PM should take notice and will remove Dr. Nauman Niaz from PTV Sports. #iSupportShoaibAkther pic.twitter.com/H4XQl8dA5F