Our heartfelt condolences to Shoaib Akhtar and his family and prayers for the departed soul. 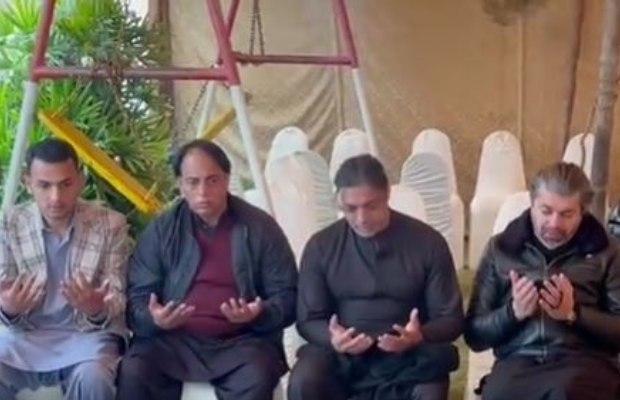 Pakistan’s former pacer took to social media on Saturday evening to share the news of her mother’s demise.

Funeral prayers of his mother will be offered today after Asr prayer in Sector H-8 of Islamabad.

As being reported, the former pacer’s mother was rushed to the hospital after her health deteriorated, however, she could not survive.

Taking to Twitter, Akhtar wrote “My mother, my everything, with the will of Allah Taala, has left for heavenly abode. The funeral prayers will be held in Islamabad’s sector H-8.”

Our heartfelt condolences to Shoaib Akhtar and his family and prayers for the departed soul.

“Just wanted to reach out and let you know that you have my heartfelt condolences during this difficult time. May she rest in peace. Be strong my brother. Waheguru Mehar kare,” Harbhajan wrote.

Veteran Pakistan batter Shoaib Malik, in his tweet said, “We all are with you in this difficult time brother. May the Almighty grant her the highest rank in jannah, Ameen @shoaib100mph.”

tweet
Share on FacebookShare on TwitterShare on PinterestShare on Reddit
Saman SiddiquiDecember 26, 2021
the authorSaman Siddiqui
Saman Siddiqui, A freelance journalist with a Master’s Degree in Mass Communication and MS in Peace and Conflict Studies. Associated with the media industry since 2006. Experience in various capacities including Program Host, Researcher, News Producer, Documentary Making, Voice Over, Content Writing Copy Editing, and Blogging, and currently associated with OyeYeah since 2018, working as an Editor.
All posts bySaman Siddiqui