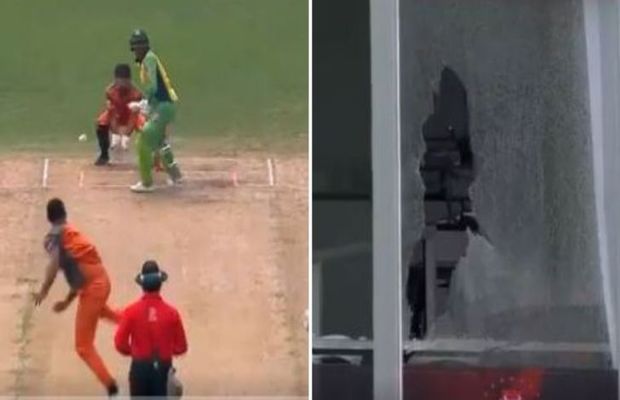 Cricket fans must have heard and seen the record-breaking sixes by various batsmen, but for sure you would have not seen anything like this on an international level.

It’s a common thing when people break window glasses while playing cricket in streets, however Pakistani all-rounder Shoaib Malik has taken this scenario to a whole new level.

Pakistan cricketer, who announced his retirement from ODIs after the recently-concluded World Cup, is currently playing for the Vancouver.

The 38-year-old, who is currently representing Brampton Wolves in Global T20 Canada league, smashed back-to-back sixes against Vancouver Knights on Thursday in a such a way that both ended up breaking glass windowpanes.

Here, have a look:

The first hit was made in the 13th over of the 16-over match, when Malik smashed Kiwi spinner Ish Sodhi for 68-metre six over covers.

While, the second hit was made in the final over of the Vancouver innings, when he smashed his Pakistan teammate Wahab Riaz for another maximum towards backward point.

Vancouver won the contest by 77 runs, as Brampton Wolves was bundled out on 103 in 13.4 overs.

tweet
Share on FacebookShare on TwitterShare on PinterestShare on Reddit
Saman SiddiquiAugust 12, 2019
the authorSaman Siddiqui
Saman Siddiqui, A freelance journalist with a Master’s Degree in Mass Communication and MS in Peace and Conflict Studies. Associated with the media industry since 2006. Experience in various capacities including Program Host, Researcher, News Producer, Documentary Making, Voice Over, Content Writing Copy Editing, and Blogging, and currently associated with OyeYeah since 2018, working as an Editor.
All posts bySaman Siddiqui 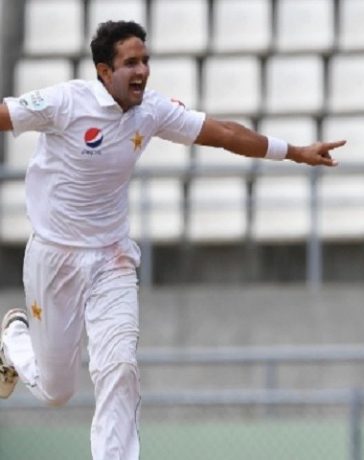