Zimbabwe has won one match in three out of five series 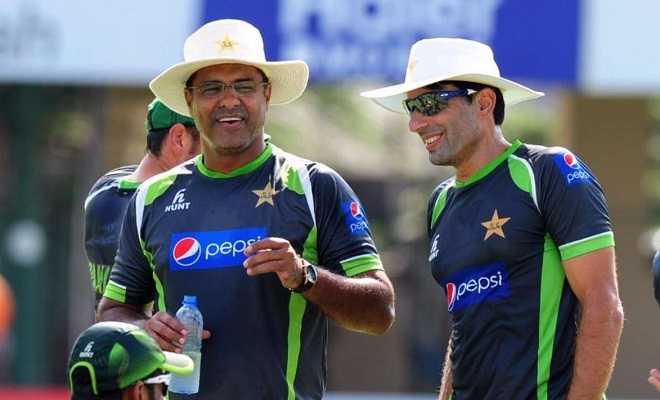 Zimbabwe’s cricketing story is a tragic one. Especially as someone who started watching cricket in the mid-90s, their demise has been rather disappointing. In that period, they looked to be on the cusp of becoming a solid international team. Perhaps on par or maybe even better than where Bangladesh are today. But the protest by players at the 2003 World Cup and the subsequent reaction started a downward spiral which eventually culminated in the ban of last year from ICC. Their standard has dropped and dropped. Except when they are playing against Pakistan.

While most regular test playing nations have brushed aside Zimbabwe with relative ease, even testing new players, Pakistan just haven’t. The trend started in 2013 when Pakistan edged Zimbabwe to a 2-1 series win. They did also lose a test. In the 2015 World Cup, it took a special Wahab Riaz knock to salvage Pakistan. The 1st home series in six years for Pakistan was fairly competitive with Zimbabwe in a good position in the 3rd ODI to challenge Pakistan’s score before rain intervened. The away tour brought another ODI victory for Zimbabwe. With the Super over win yesterday, they merely repeated what they had done twice in the past decade. The only time, Pakistan has really dominated Zimbabwe in a series was in 2018, where the score was 5-0. The trashing merited that score.

You could see it in isolation and compliment Zimbabwe’s performance. Or you can look at it from Pakistan’s point of view. Under Misbah and Waqar, our white-ball cricket started nose-diving in the post-2011 World Cup. That continued till the removal of Azhar Ali as skipper and Waqar Younus as the head coach. The Mickey Arthur and Sarfaraz Ahmed era, white ball team was still delivering better yet inconsistent results. Zimbabwe were, however, no match for that side.

Now with Misbah and Waqar Younus again at the helm of affairs, Zimbabwe has beaten Pakistan. If one looks at the matches, they should have really won the 1st match and taken the series too. Perhaps it is time that Pakistan fans realize that this combination has never worked in white-ball cricket and stop expecting easy wins against the 14-ranked side in the world.

The progress made from 2017 to 2019 has been undone. Misbah has resigned from the chief selector role. This loss will only increase pressure on the PCB to review the performance of the head coach too. With a tough New Zealand tour coming up, it wouldn’t be a surprise if you see Waqar Younus once again remind us about the structural issues in Pakistan Cricket and book his flight back to Australia.

We have seen this film before!