Your daily dose of Smack Down 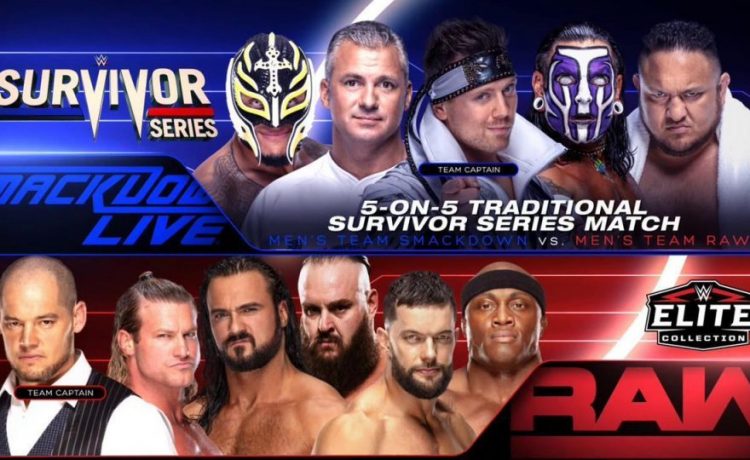 AJ Styles Talks: This was a good and interesting segment to kick things off, could we see a change in plans later tonight?

Bryan argues with Shane and Styles arrives and they all yell and Shane books the title match for later tonight.

Andrade Almas w/Zelina Vega vs. Jeff Hardy: This was pretty good, with Almas looking good again, and then losing… again.

Paige says Miz gets to replace Bryan on team Smackdown with someone new as the only captain now.  Nakamura makes a rare Smackdown appearance for an interview. He’s asked about facing Seth Rollins on Sunday. Rollins broke his heart when he said that he wasn’t thinking about him.

The Miz vs. Rey Mysterio:  If Miz wins, Rey is off the Survivor Series team. This was good as they have been working well together.  Rey Mysterio defeated The Miz

Paige Here: Paige calls out Charlotte, Lana, Carmella, The IIconics, Sonya, Mandy, Naomi, and Asuka. Paige discusses Becky’s injuries, and cannot compete on Sunday. I’m a bit surprised that they went with Charlotte, only because that was a heavily rumored Mania match. It was a shitty situation, and they tried to make the best out of it, and I’m fine with Becky picking Charlotte out of respect, if Asuka would have been kept strong, I would have went with her, but she’s been nothing but a dancing fool as of late. Maybe they are finally going to start building to the Horsewomen vs. Horsewomen feud.

Charlotte comments backstage about what just happened. She’s fought with and against Becky, but Sunday, she fights for her to prove Smackdown’s superiority.

New Day vs. The Bar & Big Show: This was pretty good, but the Bar vs. New Day 2 on 2 matches are better and have more energy to them. Show added nothing here, he wasn’t bad, but added nothing.

The Usos meet with Sanity, the Colons, & Good Brothers and they are all on the Smackdown team. They join in unity.

They have been teasing Raw invading, so it feels like AJ vs. Bryan goes 20-minutes and then the insanity begins; just a guess.

Champion AJ Styles vs. Daniel Bryan: Daniel Bryan defeated Champion AJ Styles While not quite as good as the previous match, I did think that this was very good stuff. The Becky change was expected due to the injury, but for the second tear in a row they decided to blow up the WWE vs. Universal title plans and pulled a tile change just before the event. On one hand I was excited for Styles vs. Lesnar II, but I have also always wanted Bryan vs. Lesnar, but I didn’t imagine it this way, which is a heel vs. heel match instead of a natural underdog face vs. monster heel match. Also, while Bryan has shown he can be a great heel, it feels a bit out of nowhere, despite some light teases, and ruins what I felt was a natural story of Bryan overcoming the odds as the returning from retirement babyface to win the title; that story felt so easy to me. I guess we’ll see what happens, although while I think Bryan will do well in the role, I’m not the biggest fan of it personally. Bryan beats his ass post match and poses with the championship and smiles. 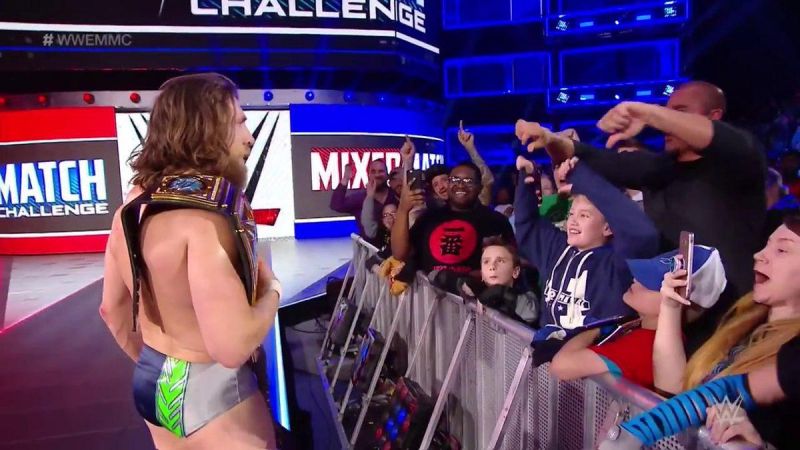