Smith, Warner miss out on selection for the Pakistan series

The duo’s ban ends during the series

Contrary to expectations, Australian selectors have resisted the temptation to include David Warner and Steve Smith in the squad for the ODI series against Pakistan. Both suffered elbow injuries, which has played a part in their exclusion.

“While their bans will be finished on March 28,” chairman of selectors Trevor Hohns said, “Steve and David have been working through rehabilitation from elbow surgery and it has been agreed the best pathway for them to return to play is in the Indian Premier League [starting March 23], a strong competition which features some of the world’s best players. David will play with Sunrisers Hyderabad and Steve with Rajasthan Royals. Cricket Australia will continue to liaise with both Steve, David and their IPL clubs to monitor progress as we build towards the ICC World Cup and the Ashes,” he added.

Also missing is pace-man Mitchell Starc who hasn’t recovered from his injury. He suffered the injury during the 2nd test match against Sri Lanka in February. There was hope that he would recover the series, but he hasn’t recovered fully from it.

“Mitchell Starc’s recovery from his left pectoral muscle strain has been set back by a slight recurrence as he commenced bowling,” Hohns said. “This has ruled him out of the Pakistan series and while frustrating for all involved, our focus is to have Mitch ready for the World Cup.”

Aaron Finch is set to continue as captain. He has been struggling for runs in recent times but the selectors have kept faith in him. Middle order trio Peter Handscomb, Ashton Turner and Alex Carey, also make the side. On the bowling front, Nathan Lyon has been selected and so has Kane Richardson. However doubts remains about Richardson’s fitness.

“The squad has started this tour well against a very good Indian side,” Hohns said. “They won the T20I series and have pushed the hosts in the opening two matches of the ODI series in challenging sub-continent conditions The squad is making pleasing progress ahead of the World Cup, and with three matches remaining in India and the five-match series against Pakistan to come, we believe they will benefit further from the continuity of playing together.”

Post PSL, some Australians players will be part of the Indian Premier League including David Warner and Steve Smith. Selectors will be hoping that the duo will hit form straight away and come back in the squad for the World Cup.

Pakistan have rested key players in the series too, so it would be an audition for the fringe players to some degree. The 1st match of the 5 match series will be played on 22nd March. 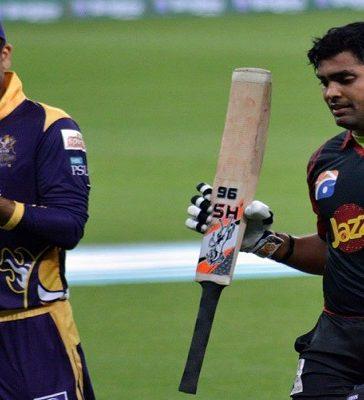 First Pakistan Sports Awards to be held on 16th March