She captures her first Grand Slam title in a fearless 4-6 6-2 6-2 comeback over Muguruza for the #AusOpen women’s singles! 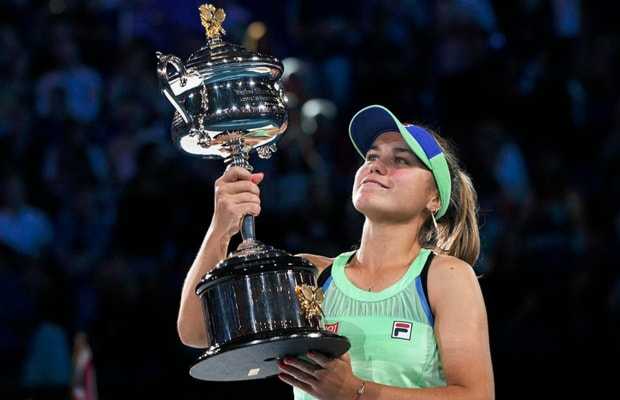 Kenin, completing a surprise run, showed all her trademark aggression as she fought back from a set down to win 4-6, 6-2, 6-2 in 2hrs 3mins against her Spaniard opponent.

The 2016 French Open and 2017 Wimbledon winner Muguruza took the first set in 52 minutes when the young American fixed her forehand out.

And it turned out to be the final twist in a tournament of upsets, as Serena Williams crashed out in the third round and Kenin beat Australia’s world number one Ashleigh Barty in the semi-finals.

“It’s just such an honour to have my name on that beautiful trophy, it’s something I’ve dreamed about,” said Moscow-born Kenin after winning her first major Grand Slam

“Of course it’s an exciting moment for me and for my family, I get to share this.

“Obviously things are going to change for me, but we’re just going to move forward, get ready for next tournaments. Right now we got to figure out how to celebrate.”