The former United player has signed a three year deal 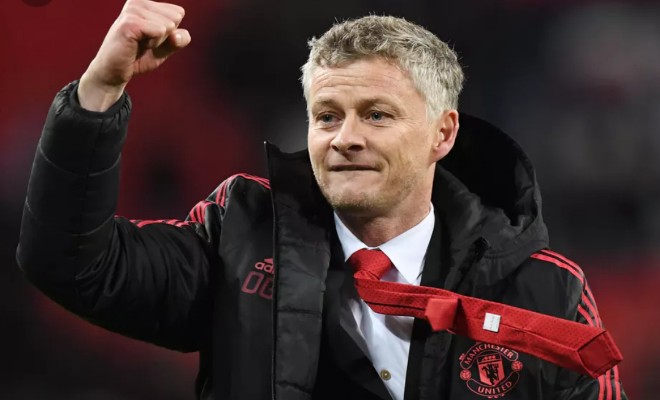 After months of speculation, Manchester United have confirmed that Ole Gunnar Solskjaer has been signed as the permanent manager of the club. Earlier in December, Solskjaer was named interim manager after Jose Mourinho was fired after a series of poor results.

Solskjaer, has overseen a tremendous improvement in results and United came back into the fight for 4th spot and made it to the Champion’s League quarter finals after a dramatic away win against PSG.

“From the first day I arrived, I felt at home at this special club,” Solskjaer said. “It was an honour to be a Manchester United player, and then to start my coaching career here. The last few months have been a fantastic experience and I want to thank all of the coaches, players and staff for the work we’ve done so far. This is the job that I always dreamed of doing and I’m beyond excited to have the chance to lead the club long-term and hopefully deliver the continued success that our amazing fans deserve.”

The former striker was unbeaten for 12 games in the Premier League before Arsenal beat them in their last league game. Before the international break, they were beaten soundly by Wolves in the FA Cup.

However, United have backed him and he has signed a three year end. This cools off any lingering interest of United in signing Tottenham’s Mauricio Pochettino.

Ed Woodward, United’s executive vice-chairman, said: “Since coming in as caretaker manager in December, the results Ole has delivered speak for themselves.

“More than just performances and results, Ole brings a wealth of experience, both as a player and as a coach, coupled with a desire to give young players their chance and a deep understanding of the culture of the club. This all means that he is the right person to take Manchester United forward.”

Current and former players had earlier called for the move to be made permanent. United will continue their quest for 4th spot and their Champion’s League journey after the current international break.