A three-match T20I series has been proposed 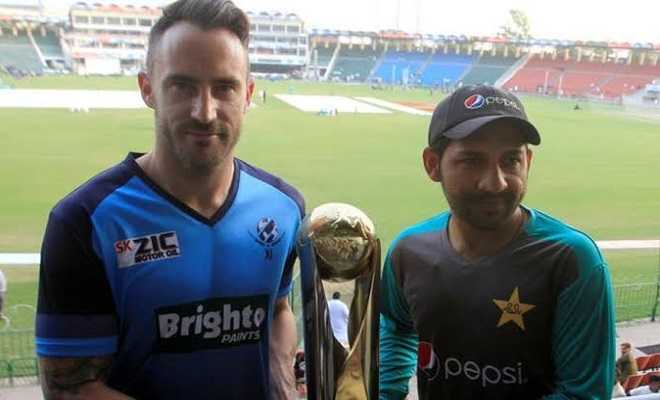 South African cricket board has decided to send a security delegation to Pakistan prior to the proposed three-match T20I series, reported ESPN Cricinfo. The tour is set to take place during the upcoming Bangladesh Test match or the Pakistan Super League. The fate of the proposed series is likely to depend on the delegation’s report.

South Africa are set to tour India during March. The Pakistan tour, if it goes ahead will happen after that series. The delegation will be headed by security expert Rory Steyn. They will look at the team’s hotel arrangements, stadium security and transportation to and from the stadium.

So far, a number of security delegations from different countries have been convinced by the arrangements made by the government. Earlier in 2017, South African Faf du Plessis, Morne Morkel and Imran Tahir visited Pakistan as part of the World 11 team. Dale Steyn, and van Der Dussen as players and Hashim Amla as a mentor will also be visiting Pakistan for the Pakistan Super League.

However, the ultimate decision will depend upon the report presented to Cricket South Africa.

This series could be beneficial for both teams from a cricketing point of view as they try and build a team for the upcoming World T20 in Australia.