Speculation ends as Sarfraz confirmed as captain for World Cup 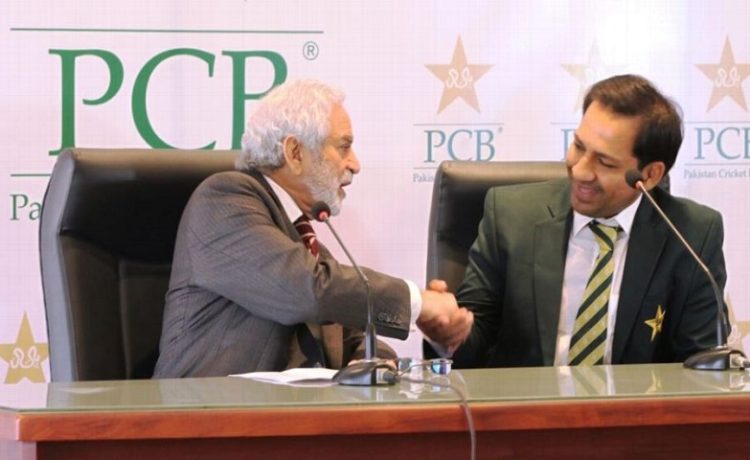 Since his return from South Africa, Sarfraz Ahmed has been taking a hardline towards his detractor. The ban from ICC seems have to fuelled his fire, as he has made numerous statements reflecting towards a more up front approach. It started with specifically talking about Shoaib Aktar, at the airport and that has been followed by statements which reflect that the cricket board (read Ehsan Mani) is fully backing the man.

The drop scene of the whole captaincy saga was yesterday’s press conference. Sitting beside The PCB chairman, Sarfraz had a wide grin on his face and he looked fairly relaxed.

“Sarfaraz has been an integral part of the Pakistan’s World Cup preparations. He has proved to be a good strategist, leader and performer,” Ehsan Mani said in a ringing endorsement for Sarfraz.

“He led Pakistan to the Champions Trophy 2017 title as well as to top of the ICC T20I rankings,” he added.

He then went on to confirm Sarfraz as the captain for the upcoming series and the World Cup.

“There were a lot of speculations around captaincy in media but I can confirm that he is our captain and he will remain for the upcoming series against Australia until World Cup,” Mani said. “I had no doubt about it but it’s unfortunate the uncertainty is making rounds over and over in media. We are not concerned at all about what is being discussed around.”

This he hoped would end the conjecture regarding captaincy of Pakistan team.

“So nobody should doubt him as captain. He is captain and will remain captain until next decision is taken. Yes, questions have been raised about the performances but in a bigger picture results have been good so far. I spoke to selectors, coaches, director operations and the entire board is behind him.”

Sarfraz, who seem under pressure during the South Africa thanked Mani was his trust.

“I thank PCB for trusting me,” Sarfaraz said. “This support has always been there and I’m thankful for the reassurance. It is a big honour for me to lead Pakistan at World Cup and stand among those who did in past people like Imran Khan, Wasim Akram, Shahid Afridi, Misbah-ul-Haq. Pressure is always there during captaincy. But with the chairman and board’s support I feel motivated more than ever. I now would like to transfer the same to the team for the upcoming Australia series and World Cup.”

Despite improving the team’ ranking in ODIs there has been widespread speculation with regards to Sarfraz’s captaincy. A few days ago, PCB said that captaincy decision would be take on series to series basis. However, this announcement shows a change of heart to cut out any speculation and dispel any murmurs within the team.

Overall, this announcement makes a lot of sense. Sarfraz should now focus on finding players for specific roles in the ODI squad. PSL should help. 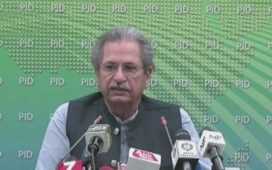