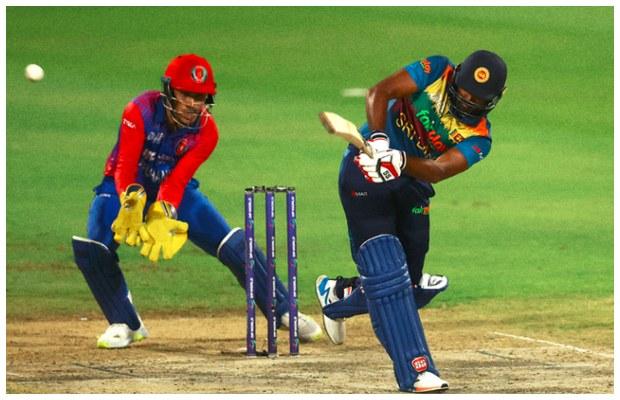 Sri Lanka turns the tables and beat Afghanistan in a cracking opening Super Four match of the Twenty20 international of the Asia Cup on Saturday.

Before this match, Afghanistan had never lost a T20I after posting 170 or more batting first, but Sri Lanka brings an end to their winning streak, the highest successful chase in a T20I at Sharjah too.

Afghanistan after being put into bat first, set a target of 175-6.

Opener Rahmanullah Gurbaz smashed 84 to put on a key second-wicket stand of 93 with Ibrahim Zadran, who made 40.

While chasing a stiff target of 176 put by the in-form Afghan team, the Sri Lanka openers were off to a flyer as they gave them a start of 62 runs.

Sri Lankan top order where their big names, led their team from the front remarkably well.

But it was Bhanuka Rajapaksa and Danushka Gunathilaka who guided their team in the middle over with the former launching himself over the Afghanistan bowlers.

Both put up a 32-run stand and staged a rescue act after Sri Lanka was left tottering at 119/4 after the fall of skipper Dasun Shanaka.

Afghanistan INNINGS (20 overs maximum)
Sri Lanka INNINGS (Target: 176 runs from 20 overs)
tweet
Share on FacebookShare on TwitterShare on PinterestShare on Reddit
Saman SiddiquiSeptember 3, 2022
the authorSaman Siddiqui
Saman Siddiqui, A freelance journalist with a Master’s Degree in Mass Communication and MS in Peace and Conflict Studies. Associated with the media industry since 2006. Experience in various capacities including Program Host, Researcher, News Producer, Documentary Making, Voice Over, Content Writing Copy Editing, and Blogging, and currently associated with OyeYeah since 2018, working as an Editor.
All posts bySaman Siddiqui