Final to be played on July 11th between England and Italy 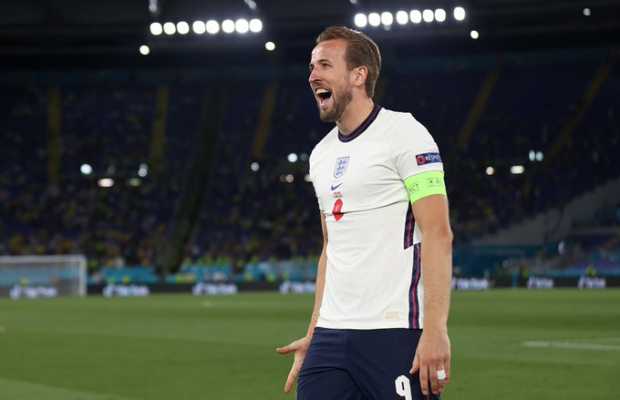 The Euro 2020 tournament has been taking place over the past month and it has provided a whole load of excitement and action. Many nations have been battling it out at stadiums across Europe, but the action is drawing to a close on July 11th with the final at Wembley Stadium in London.

What a feeling. Rome to Wembley. Let’s go ! 🏴󠁧󠁢󠁥󠁮󠁧󠁿🦁🦁🦁 pic.twitter.com/SaYUxwiYd7

With that in mind, it seems like a great time to reflect on some of the top performers who have played a big part in the competition, with betting odds providing a few clues in that regard.

There is a range of information linked to the efforts of individual players within the tournament available for fans to peruse. For example, Betfair’s exchange includes tabs related to everything from Euro Championship top scorer betting to the highest-scoring team and the best player awards handed out at the end of the event.

In terms of the latter, some well-known names are being featured rather prominently. For instance, at the time of writing, the impact of England players like Raheem Sterling and Harry Kane means they are listed at the top of the selections. Elsewhere, stars from Italy’s team including Jorginho, Giorgio Chiellini, and Leonardo Bonucci are also featured.

In addition, at present, one of football’s most iconic names is in a strong position to finish as a top scorer. Cristiano Ronaldo scored five goals in the competition before Portugal made an exit and Betfair outlines how he is the most popular option for betting on the issue.

However, while some big names undoubtedly came to the party during Euro 2020, tournaments are also a great opportunity for other lesser-known players to step into the spotlight.

Patrick Schick of the Czech Republic certainly managed that with his five goals, including a stunning long-range strike against Scotland in their opening game. Leonardo Spinazzola is also impressed with his efforts for Italy and he also features on Betfair’s selections for the UEFA Best Player of the Tournament. Sadly, he suffered an injury in the quarter-finals and Tribal Football reported how Italy’s coach Roberto Mancini said he “didn’t deserve that”.

One England player who has also caught the eye of fans and famous names alike is Luke Shaw. The left-back has won praise from Brazilian legend Roberto Carlos, who told Teamtalk that the Manchester United star has “everything to get to the top”. The site added that Shaw’s performances during Euro 2020 have earned him the nickname of ‘Shawberto Carlos’.

Euro 2020 has undoubtedly been an exciting and dramatic tournament, with plenty of twists and turns emerging in the group phase and knockout games. It has also been packed full of great performances and the players mentioned above are just a handful who have set the competition alight.

It will be intriguing to see who ultimately goes on to have a decisive say on the outcome of the final and which players write themselves into European football history. Fans heading to Wembley on Sunday night should be bracing themselves for a truly action-packed encounter.