Babar Azam has been the number one T20 batsman for more than 1000 days. 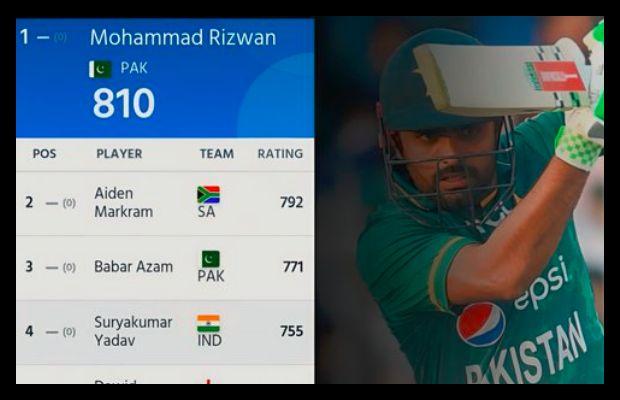 Babar Azam moved from second to third position in the T20 ranking while Mohammad Rizwan’s first position among the batsmen remains intact.

The ICC released the T20 ranking on Wednesday, revealing that Pakistan skipper  Babar Azam’s ranking has been further reduced by one rank.

The national team captain moved from second to third position among the batters.

Muhammad Rizwan secures the No.1 position in ICC T20 2022 ranking. 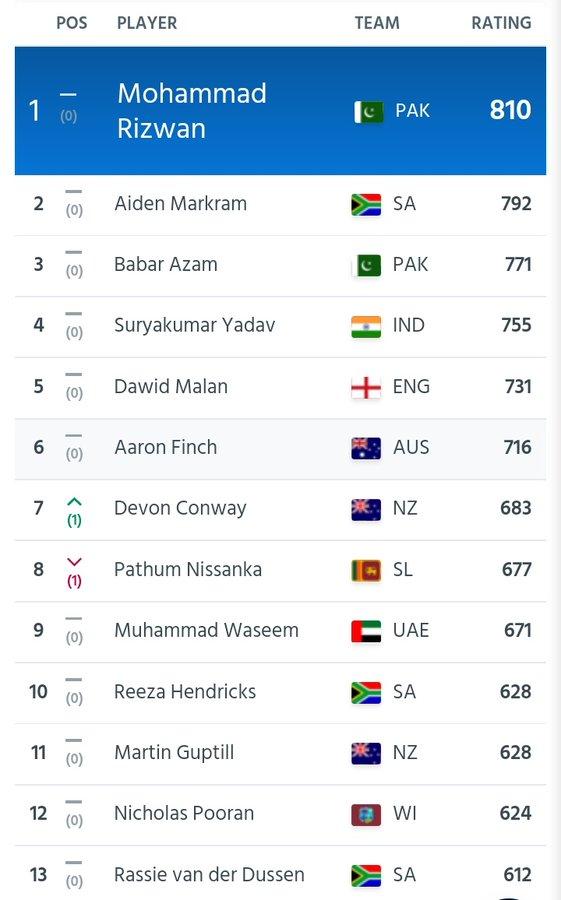 Babar Azam has been the number one T20 batsman for more than 1000 days.

tweet
Share on FacebookShare on TwitterShare on PinterestShare on Reddit
Saman SiddiquiSeptember 14, 2022
the authorSaman Siddiqui
Saman Siddiqui, A freelance journalist with a Master’s Degree in Mass Communication and MS in Peace and Conflict Studies. Associated with the media industry since 2006. Experience in various capacities including Program Host, Researcher, News Producer, Documentary Making, Voice Over, Content Writing Copy Editing, and Blogging, and currently associated with OyeYeah since 2018, working as an Editor.
All posts bySaman Siddiqui