Are we going to see 1992 repeating itself?

Pakistan has booked its place in the final by thrashing New Zealand by 7 wickets in the first semi-final on Wednesday.

Check out the mind-boggling similarities between the two world cups: 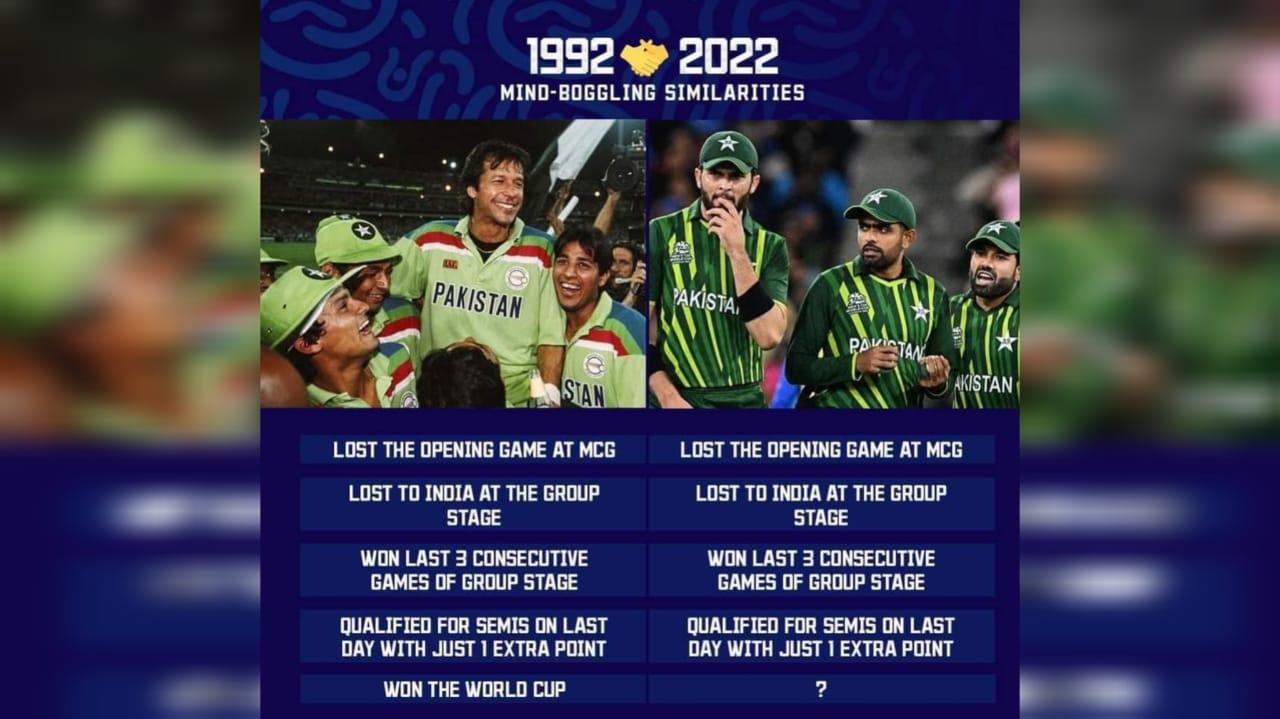 Former England batsman Kevin Pietersen has predicted the final of the T20 World Cup 2022 will be played between Pakistan and England.

In a Twitter post, Kevin Pietersen said that “I think the T20 World Cup final will be between Pakistan and England.”

Kevin Patterson said that he has predicted this in his column as well.

Going to be an England v Pakistan final I think. Just like I predicted in my column…👀#T20WorldCup

It should be noted that today Pakistan has reached the final by defeating New Zealand by 7 wickets in the first semi-final of the ICC World Twenty20.

The second semi-final of the World Twenty20 will be played tomorrow between India and England.

Thursday’s match will decide who will face Pakistan in the final on Sunday, Nov 13.

Congratulations Pakistan! The green team keeps the dream of ’92 alive

Well, it’s not just Kevin Pietersen who wants to see a Pakistan vs England final.

🏴󠁧󠁢󠁥󠁮󠁧󠁿 are we going to see 1992 repeating itself?

#PakvsNz A perfect 10! Very few teams in world cricket would have risen to the occasion like Pakistan did today👏👏Melbourne here we come again #WC92

The mindblowing similarities between the 1992 world cup and the ongoing T20 event for Team Pakistan have left cricket fans with no other choice but to congratulate the green team going back to 1992 at the MCG on Sunday.

According to WC'92. Are we going to face England in the final of #T20Iworldcup2022 ? 😂😂#PakvsNz pic.twitter.com/wQTzY1lsrS