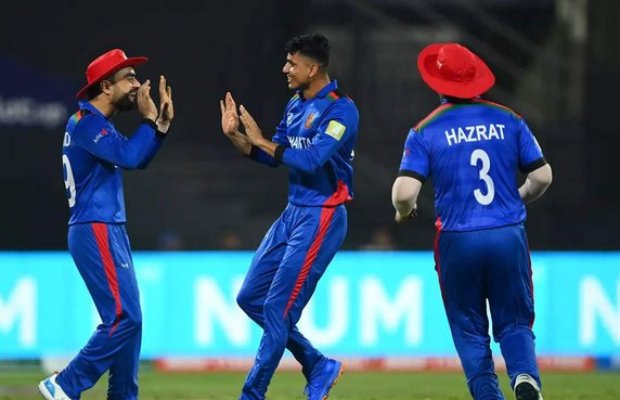 Afghanistan thrashed Scotland by 130 runs in the Super 12s match at the ICC Men’s T20 World Cup in Sharjah on Monday evening.

Afghan spinners Mujeebur Rahman and Rashid Khan were phenomenal with the ball.

Scotland disintegrated, in their first appearance at this stage of the tournament, as they were bowled out for 60 in 10.2 overs, chasing 191.

Mujeeb Ur Rahman bamboozled the Scots taking 5 wickets against 20, including three in the fourth over which effectively ended hope of Scotland’s successful chase. 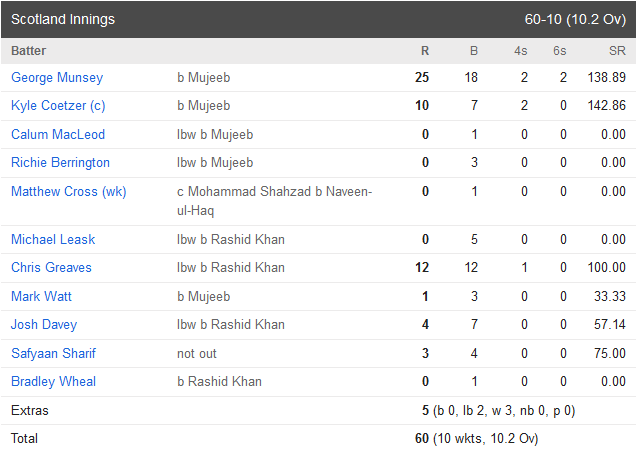 Earlier the Scotland bowlers proved powerless to stop Afghanistan racking up 190-4 – the highest score of the World Cup so far.

Najibullah Zadran smashed 59 from 34 balls, Rahmanullah Gurbaz scored 46 from 37 and Hazratullah Zazai put 44 on the scoreboard from 30.

It turned out to be a totally one-sided match.