The agony of watching a struggling Mohammad Amir

We live on memories of a entirely different bowler 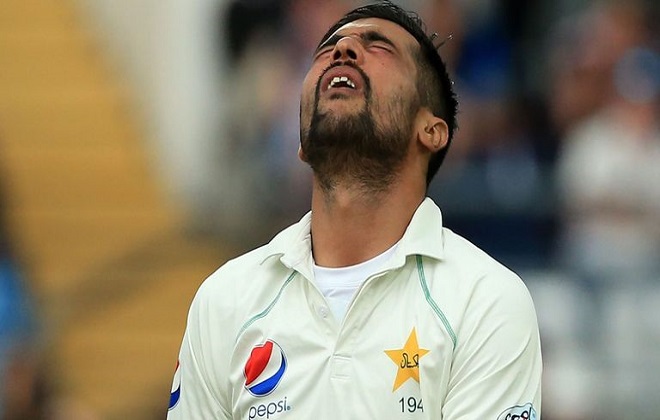 These days, when I watch Mohammad Amir bowl, I catch a similar feeling. How did we end up here from where it all started? Why does this man and followers of the game have to go through this agonizing process? Foreign commentators who watch the highlights of major events, still have a high opinion of Mohammad Amir. He is a bowler with great skill, they claim.

But Mohammad Amir runs in to bowl beautiful half volleys well outside the stump. Or when he goes short, instead of zipping through they make a project motion towards the keeper. The speed meter shows it to be between late 120s to early 130s. But it looks slower, lacking any venom. It doesn’t have the movement of Mohammad Abbas, nor does it get the jump of a Hasan Ali.

Since his return, Amir has provided some glimpses of his old self. We cling on to that young man’s memory and hope he recovers the magic. Some have argued that the magic was just because of the conditions. But what was that pace, that nip, that energy in his bowl and often off the wicket. The kind, other bowler generate?

At least at the low point our lives, we can drag ourselves to work because we need to live. There is no getting out of watching a struggling Mohammad Amir. It is terrible and agonizing experience.