A look at a thunderous Shoaib Akhtar spell in Colombo 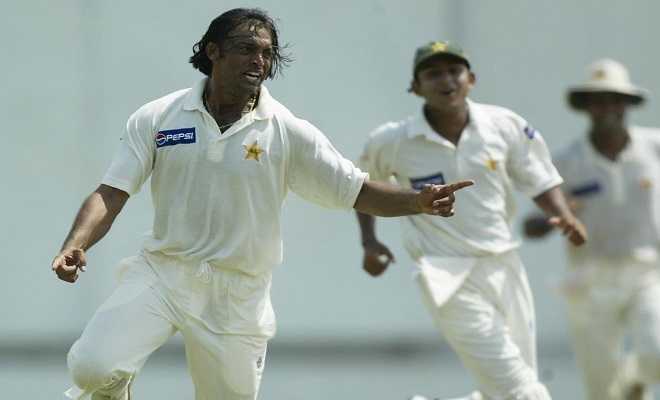 The world will not see another like Shoaib Akhtar, an intelligent fast bowler - OyeYeah News
0Share
236Views

Sports they say is after all entertainment…

In cricket, there was no greater entertainment than watching Shoaib Akhtar in full flight.

For a younger generation, Wahab Riaz’s World Cup spell is recalled as a special bit of cricket. Wahab got one wicket and should have another one at most. But Shoaib Akhtar bowled probably a dozen such spells with greater force, belligerence and most importantly picked up wickets i.e. the team ended up winning mostly.

I decided to look at a spell which isn’t talked about that much. Perhaps because Pakistan lost the match. The 2002 test match in Colombo vs the mightly Australians. This was an odd series. Most ‘senior’ players had opted to sit out.

In the 1st test, as expected, Australia was dominating Pakistan. 262 runs ahead with 9 wickets in hand. There was no way Pakistan had a chance.

Except for a Shoaib special.

Ricky Ponting was perhaps expecting a thunderbolt from Shoaib. So when he got a short, wide, and almost loppy delivery at 81 mph, he tried to cut the ball or was trying a backfoot punch. Either way, he lost shape completely and an inside-edge resulted in a wicket.

In came Mark Waugh. On the best of days, the younger Waugh looked lazy. Perhaps expecting another ball outside off stump…he tried to shuffle, moving towards the off stump. From 81mph Shoaib went to 87.9mph. Perhaps, more importantly, this one swung in late from a fuller length. Junior Waugh was a day late as the ball hit his pads and crashed on to the stumps.

The dragon had awakened, the ball was now reversing and Shoaib was in his element. He had tasted blood and he wanted more.

Next ball, he runs in with his shirt wide open, his gold chain bouncing back and forth like it wants to get away from him and the breeze running through his long floppy hair. Is it sweat dripping down his face, is it water…who cares? The effect is deadly…

Someone try and stop him…

On the other end, Steve Waugh jerking, twitching, crouching in his stance, 99.99% sure that it will be a yorker but that 1% in doubt that the speedster could try and hit his head with a 90 mph delivery. They have a short leg and leg gully for good measure.

Perhaps Shoaib doesn’t get the angle right. Perhaps it doesn’t swing in that much. Steve Waugh gets as low as you can with a bat in hand. Stays on the back foot and just about gets an inside edge to it. The ball oozes past the leg stump towards the leg gully.

Ramiz bhai (of course he was on commentary) for some weird reason says it was close to an outside edge.

And with the next ball, he breaches the 90mph barrier. Its 91mph.

Steve Waugh, is tentative is af. His brain tells him to shuffle across and come in line of the ball. His natural instinct is to stay towards the leg side. Self-preservation is vital. As he is contemplating, Shoaib bowls another missile.  It’s not a yorker. It’s not a bouncer.

A length ball dipping in. The swing is late but it’s not extravagant. Shoaib wants the ball to finish in line of the stumps. From the last bowl, he has made a subtle change. For the yorker, he was a bit closer to the umpire. For the length ball, he goes a bit wider. Steve Waugh is in no position to play that ball. He tries to jab it towards square leg or midwicket. The ball is past him.

A loud and deafening appeal leads to the famous nod of the head from Steve Bucknor. Waugh wants to protest. It’s futile.

On your bike, sir.

Damien Martyn faces up. He taps his bat and stares into oblivion. Shoaib comes very close to the umpire and tries the outswinger perhaps. Martyn, known for his offside play, just lets it be. Rashid Latif bags it safely. Everyone breathes easy.

The danger isn’t over yet though. Adam freaking Gilchrist walks in. Shoaib now goes around the wicket to the wicketkeeper-batsman. As around as possible and then delivers another thunderbolt at 90 mph. But he misses his line and length by a bit. Hits the pad and they run two.

Next ball, stumps are cartwheeling. The eagle is out from Shoaib. An unplayable delivery from the wide of the crease, a guided missile which honed on the leg stump like it has a ball magnet. It’s as if there was no batsman in front of the stumps…

Perhaps the best ball of the spell.

Shane Warne next. Well, that was easy, the ball swings in from outside off stump line, hits him on middle and the umpire’s finger goes up. From 74/1 to 89/7. Shoaib has decimated the best batting line up in the world in a matter of minutes.

He goes off with a niggle but the job is done here. Both of entertaining the cricket fans even the Australians and giving his team a chance of victory. The unadulterated sheer joyful experience of watching the fastest and an intelligent fast bowler bulldoze everyone in his way.