Four months after winning the T20 World Cup, Younis Khan was forced out 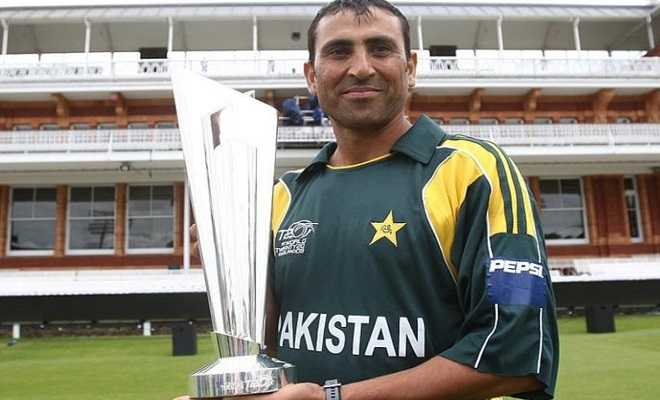 The dropped catch that ended the reign of Younis Khan as captain and changed the course of Pakistan Cricket forever.

The man himself said about the following about this missed opportunity.

“Actually it was very crucial. It was a simple one but I just dropped it. Maybe after that catch, things would’ve changed. It’s the broken finger more than anything. I was trying to save the finger”

New Zealand were slowly inching towards the total as Younis tried to squeeze them with dot balls. In a pressure match, traditionally an encounter New Zealand has always lost, they needed 69 of 64 with 6 wickets in hand. Grant Elliot was holding one end with 42 of 78.  Then against Amir, he chipped, lobbed, poked a cover drive in the air.

Younis Khan was fielding at a shortish cover.

Now, you have to go back for a week or so.

Younis had fractured his small finger in the warm-up match and was advised four weeks rest. Ignoring medical advice, he played the match against India running out Gambhir and also taking a catch. He also took part in the match against Australia. Keeping in view the demands on social media and “experts”, he wasn’t darpok and led from the front. Jigra, tagra, ragra n all that.

This was perhaps an emotional decision rather than a scientific/rational one. Perhaps he was insecure about his position too given the team dynamic.

Back to the match.

As the ball lobbed from Elliot’s bat, Younis thought of his injured finger. The ball came off the bat so slow, to protect his finger, he tried to take the catch with fingers pointing upwards, Aussie style.

A lot of had gone wrong for Pakistan including a few umpiring decisions in the match. But having beaten West Indies and India in the 1st round, and taken Australia to the last over, Pakistan had a good chance of winning back to back ICC events. That perhaps would have ensured a longer captaincy tenure for Younis.

The fateful match took place on 5th October 2009, Younis announced his resignation in 14th October. Four months after winning the World T20 as captain, he was forced out.

The team was divided anyway. Wasim Badami’s cricket transmission has revealed a fair bit. But just to recap, more than 10 players in South Africa gathered together and met Yawar Saeed (Manager) and demanded that Younis Khan be told to calm down in the field. Interestingly everyone took “halaf on Quran”. It was perhaps because Younis was bringing in new players in the squad.

A proud man, perhaps also tired of infighting decided to resign. Ijaz Butt refused to accept it and Younis captained for one more series against New Zealand in the UAE. But his personal form had gone and the team clearly was not ready to play under him.

That was the last time Younis captained Pakistan.

It wasn’t supposed to be that way. Younis Khan was groomed by Woolmer to be captain. The captain in waiting under Inzi bhai. The famous 2006 test win against India in Karachi, came under Younis. After Woolmer’s death, he refused captaincy in 2007. Like Jon Snow, he didn’t want it. A player refusing captaincy in Pakistan is the same as a politician refusing advances from the boys. It just doesn’t happen.

Younis had to be cajoled to lead Pakistan. A triple century and a win in the World T20 followed soon after. Results were mixed and his personal ODI form did take a dip. But the team was taking shape. Mohammad Amir, Umar Akmal and Fawad Alam had broken through under him. Mohammad Asif had been brought back after a year’s ban. Younis Khan had started talking about preparing a team to play in Australia.

Given his singlemindedness as a batman, you would think he would have given captaincy an honest shot too. Instead, Yousuf, Afridi and then Salman Butt took over. We all know what happened. Had Amir and Umar Akmal continued under Younis Khan, who knows how their careers would have turned out.

A sad and dark chapter of Pakistan cricket that started in 2007 when PCB made Malik captain. It ended when Misbah took over.