The opener is still perhaps one the Pakistan's most popular cricketers 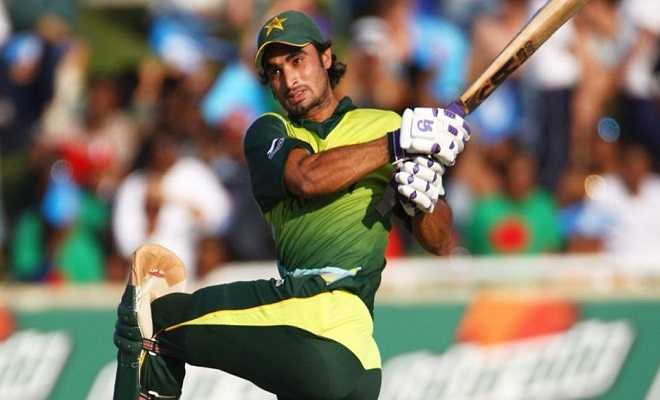 Flanderization (a reference to a Simpsons character) is a well-known concept in tv/online series or film with two or more parts. A character in a show starts off as a complete person with one or two odd quirks (stupidity/quality) that separates him/her from others. But as the show progresses he becomes known for only that quirk.

For example, take Babu bhaiya is Hera Pheri. While he was a bumbling and loveable fool, there were other elements to him. Like he had a back story of his dad n his loans. When the scene needed he could be serious (Ye Babu Rao ka style hai scene). He understood pain and agony. The costume design team didn’t use stupid clothes on him throughout the film and he wasn’t just there to make us laugh.

Move to Hera Pheeri 2 and he becomes a caricature of himself. All the serious bits are taken out. He becomes a clown, used as a prop, wearing stupid clothes, saying stupid things to make people laugh. One could say the same about ‘Sham’. In TV series, we could look at The US Office’s Kevin or Meredith and say the same happened there.

To please the audience, these characters just become this one thing. They don’t have full stories and are just used as tools. In the long run, they become boring characters with whom u don’t connect.

To some degree, I feel that is what happened to Imran Nazir. When he started off, he was a talented aggressive batsman who could also bat for long periods. He wasn’t just a dasher who could hit a quick 15,20 runs and get out.

Take this 131 run innings against West Indies for example. Pakistan were around 140 behind when Imran Nazir and Mohammad Wasim walked in the third innings. He crafted this innings with a strike rate of 72. It wasn’t a belligerent onslaught. The opener didn’t hit a hooked or pulled boundary till he had reached his 100. Mostly scored off the backfoot towards 3rd man to point area. There were some beautiful straight drivers when the ball was over pitched. The West Indies bowling attack included Curtly Ambrose, Courtney Walsh, Reon King and Nixon McLean. So this wasn’t an easy ride. In another innings, he also scored a 127 at a strike rate of 62 against New Zealand in the match where Inzamam ul Haq bhai scored 329.

Imran Nazir wasn’t just a one-trick pony. Until he became one.

Soon he got caught in the hype, attempting a shot every ball he faced. Even the best in the business don’t try that. His whole game became about ‘hitting the ball hard’. Batting as one would tell you, isn’t just about power.

The opener started off as a bright young batsman who could score quick runs. Soon he became someone who would throw his bat at everything and hoped for the best. Debuting as a 17-year-old, made a negative impact perhaps. He needed nurturing. further.

What he got were mixed messages. Throughout his career, he had the backing of the vast majority of fans. Even during PSL 5, people wanted to see him play. But the truth was Nazir wasn’t mentally mature enough to bat at the highest level after the initial few years of his career.  Some responsibility has to go to the player as well.

Partly due to his own lack of application and partly due to Pakistan team management’s failing, we lost a batsman who was well ahead of his time.

On just a basic level, I am not sure how different a Jason Roy was at the start of his career to what Imran Nazir was in 1999. The English system, Eoin Morgan n Trevor Bayliss, all worked together to allow Roy to grow. Unfortunately, it didn’t happen for Imran Nazir and he ended up just becoming a hashtag.  #BringBackImranNazir