From being the blockbuster player of the World Cup, Sohail has hit rock bottom 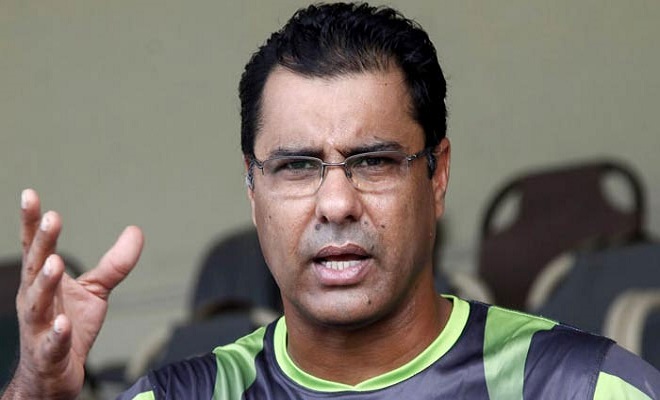 A Masterclass in Ruining a Player’s Career - OyeYeah
1Share
359Views

As was expected, the twenty-odd year pattern continued and Shoaib Malik failed in England. Needing to win four games in a row, to have any chance of qualification, Pakistan brought back Haris Sohail. The world then saw a new hyper-aggressive Haris. He contributed significantly in two prominent wins against South Africa and New Zealand. Five matches, 198 runs at an average of 39 and strike rate of 94 in the World Cup. Given who he had replaced, job well done.

With Shoaib Malik retired and Mohammad Hafeez not given a central contract, it looked as if Haris would be a feature in the Test and ODI team for a considerable future. Fast forward four months and Haris is on the verge of being dumped out of the side, all together. His reputation is in tatters, talk about his technique prevalent and if the past is any guide, he could be dropped for the national side in all three formats. Some are saying he doesn’t have a good enough technique, others say he is not strong enough mentally. How did we reach this point?

Pakistani selectors and management have a history of messing up careers by not picking certain players for the right format. Identification of the player’s abilities is vital. Mickey Arthur and Sarfaraz Ahmed had tried and dumped Haris from the T20 format. He hasn’t even mastered the format in the Pakistan Super League. He was picked for the one-off T20 in England because perhaps the PCB didn’t want to send a player for just a solitary T20I, a couple of weeks before the World Cup. Admittedly, Haris did score a 50, which was his 1st real performance in the format. But before that innings, Harris’ T20I record read average 12, strike rate 91 in 11 innings.

Before that series, Hussain Talat was gradually being introduced and had a fairly decent series away against South Africa. To bring back Umer Akmal and Ahmed Shehzad, Talat was discarded for the Sri Lanka series. As expected when the infamous duo failed, Haris was brought in. Again a fifty came in a losing cause. Some argued that it was his slow innings that led to the loss.

Nevertheless, he was still persisted with away in Australia. Three dreadful shots later, perhaps Misbah knows now that Haris isn’t really a T20 batsman thus far. Something that was established a while ago. The Australian media and commentators continued to scrutinize Haris’s technique. The poor form continued into the tour games. He looked unable to counter his natural instincts. Despite having the option of Abid Ali and Imam ul Haq, the coach and captain decided to stick with Haris for the 1st test. Two failures later, he has been dropped, with his reputation in tatters. There is something wrong with his technique, they claim. Nobody bothers to explain what it means.

Is Haris’s technique suitable to play on hard and fast surfaces? Well, the data show he struggles to some degree. His record as illustrated by CricViz’s data shows, that he prefers low bounce (Balls bouncing over stump high average: 22, up to stump high average: 70). Yet he has scored runs in away conditions. One of the toughest spells he faced was in Lords when Pakistan beat England. Batting at 3, Haris scored 39 and blunted James Anderson and Stuart Board with the Duke Ball, laying a foundation for the win. He showed disciplined outside off stump to help reduce the impact of the new ball in three out of four innings in the series.

In the 2015 World Cup quarter-final in Adelaide, the left-hander scored an accomplished 41 before admittedly falling to a wide drive against Mitch Johnson. In ODIs in England and New Zealand, he has scored at an average of 34 and 35 respectively. Not outstanding but acceptable for a Pakistan top order batsmen in these conditions.

Haris’ dismissals have more to do with his lack of mental application than technique. He isn’t falling over like Azhar Ali. The problem is being able to shelve that one shot that is landing him into trouble. Forcing the bowler to bowl to him rather than attempting to play where the bowlers want him to.

However, this was evident before the Test series started. If the decision-makers felt that he wasn’t in the frame of mind to make that adjustment, why throw him to the sharks in the 1st test match. If they took the decision why change it now? Why not give him another go? Let’s face it, no one and I genuinely believes this, no one expects Pakistan to even draw this game. So, why do you want to make drastic changes especially considering Haris’s record? There is more than what meets the eye, perhaps.

Ever since Misbah and Waqar have taken over, there have been rumours going around about Wahab Riaz, Imad Wasim, and Haris Sohail.  Currently, Haris is under the scanner. Complaints about their attitude, lack of training, the usual Waqar mantra we have been seeing since he 1st became a coach in 2005/06 is rife. ‘Lazy Haris’ has become a stereotype, which a few players unwittingly or knowingly have also pushed in informal interviews. He isn’t mentally strong enough, that is another angle being taken. There are reports that he was told to go back home mid-series by the coaching team but the team manager and others intervened.

So, why isn’t Haris training like how the coaches want him to? Well, perhaps it has something to do with his dodgy knees. Why does this man who should be at peak fitness age-wise, struggling with his knees? Perhaps because the Pakistan Cricket Boards’ medical panel messed up his operation and it resulted in him being out of the action for three years. Three years of his peak cricketing career, he is never getting back ever. Then he had to go to England to get it sorted.

So, can we blame Haris of being sceptical of overtraining? For not trusting the ‘expertise’ of these coaches? Can you see why he is uneasy being led into battle by the same people who wronged him earlier? These coaches who train everyone like sheep should never come close to the national side. In a squad of 20 odd players, you cannot expect everyone to run miles aimlessly. Cricket’s coverage is not extensive but we know of players like Inzamam ul Haq, who hardly trained. Even a highly professionalized game of football, we know that top-class performers like Ronaldinho, Ronaldo, and Merut Ozil hardly train. Two other examples similar to Haris were of Ledley King and Jonathan Woodgate. Due to prior injuries, they played games not attended only special sessions unlike the rest of the team.

Players who have talent, especially in batting have to be nurtured and managed. There aren’t many of that skill level in Pakistan. Fitness isn’t about running players into the dirt rather it is about preparing them to get them at a level where they can deliver the best results for the team. This military styled regime of one size fits all, will only end up in disaster, as it has with every Waqar Younus regime.

Misbah is relatively new as a coach and he should not follow this well-trodden but failed path. Throwing players to the deep end to ‘expose’ them and protecting those he prefers will only create a sense of deep insecurity within the team. What results could you expect of an insecure team?

For Haris, he has two options. Either he could become another Shehzad-Akmal example or he could take a page of Younus Khan’s book and defeat Wiki bhai style of coaching. In international cricket, one has multiple obstacles and challenges. Fighting against a coach who demands total submission shouldn’t be one of them. But this is Pakistan.