I remember watching a Pakistan vs. New Zealand encounter in the 2010 T20 World Cup with a bunch of friends. Salman Butt who had battled through the innings, somehow ended up on the non-striker end with 2 required of the final ball. Abdur Rehman lopped an easy ball to deep square leg and was caught. My friend, uttered the F-world and said ‘ab bhol jao Pakistan kabi World Cup jhetay.’

Two things reminded me of that. Afridi in his book and subsequent interview raises questions about Salman Butt conduct during that period. He says Abdul Razzaq was adamant that something was going on. Razzaq knitted a decent partnership with Butt in that game. We’ll never know what went on.

Also, frenzy we see about Mohammad Amir’s inclusion in the side reminded of the comments made by my friend. As if it was the last World Cup ever to be played. It kind of resonates with the general sentiment around and selectors seems to be reacting to it. As much as we would like to believe it, the next few matches are not the be all and end all of cricket in Pakistan.

Alright so, I understand the mood is against Faheem Ashraf. But there is a larger picture here. A lot of random numbers have been thrown around. It’s been said Faheem has been backed for 2 years. The fact is, he has played about 50% of ODIs Pakistan have played in the past 2 years. Be it the Sri Lanka series, Asia Cup, or South Africa series, when the team losses Faheem goes out to change team combination. It isn’t exactly backing a budding all-rounder.

There is little doubt that he done well enough with the ball. Batting has been inadequate. But there are no replacements in domestic cricket with numbers or apparent skills. So, what do you do? Make a judgement based on what other data is available. Faheem is top ranked T20 fast bowler in the world. With the bat, he has the skill set and the shots to excel. The power to clear the ropes is there as he is, averaging a little under a 6 every other game. There is enough there to build on.

How have they decided to replace Faheem with Mohammad Amir is beyond understanding. Dropping Amir from the World Cup squad and challenging him to win back his place was an open call to action. Is that out of the window now?

The gold standard for all-rounders in Pakistan is Abdul Razzaq. Before he sent in at 3 in World Cup 99, in his initial 13 matches he scored at an average of 12 and strike rate of 63. This includes a 46 not out inflating his average. With the ball, he was going for more 5.5 rpo, picking less than a wicket game (against top sides). Yet, he went to the 99 World Cup, was given a role by Wasim bhai n the rest is history.

When there is no back up talent, you have to groom players. All-rounder especially medium pacers are a rare commodity in Pakistan’s domestic cricket thanks to terrible wickets. It is about grooming Faheem to what he could be, the best version of himself as opposed to what he is delivering right now.

There will be cricket after this World Cup, funnily enough! 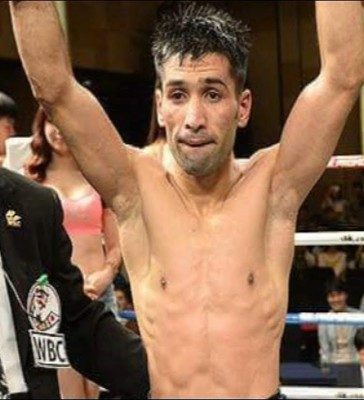 “Not playing in the Word Cup 2011 Semi Final is one of the biggest regrets of my life,” Shoaib Akhtar