Fazal Mahmood & Nazar Mohammad were the architects of this glorious victory 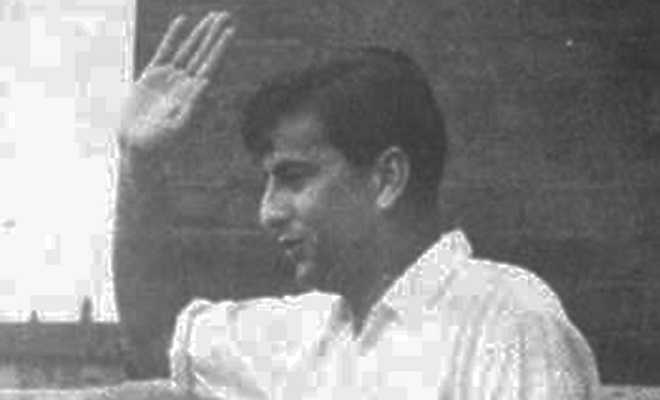 In 2017, when Mohammad Amir, bagged Virat Kohli and delivered the decisive blow to India, Nasser Hussain delivered a line which encapsulated the essence of Pakistan cricket…”One minute down, next minute up”.

The story of Pakistan’s 1st win in Test Matches & 1st victory against India is also a story of how “one minute down next minute up” was still applicable in 1952.

Young in age but with a lion’s heart
Small in stature but with plenty of valour
There is no way this team should compete
But it did and how!

The tale of Pakistan’s entry into test cricket is equally fascinating. The reasons are beyond just cricket. Pakistan and Pakistanis lacked resources, lacked experience, lacked pretty much anything and everything. But they made up for it with sheer will and determination.

But how did Pakistan become a Test-playing nation?

Well, this might disappoint many patriots and nationalists on both sides of the border; it was India who proposed Pakistan’s entry to the big league. What’s more, India were the 1st country to invite Pakistan for a series. A five-match test series in India in the year 1952.

Read More : Azhar Ali needs a settled role in the test match side

Just four years into the cruel, horrendous bloodshed during partition, these nations were about to embrace each other off the field and fight it out in the ground. The leaders at the time had the vision and the will to make things better. They wanted to compete in cricket and not in the size of their nuclear arsenal.

Pakistan had already defeated Marylebone Cricket Club which still is one of the most prominent names in World Cricket. But still, this was a novice side in every which way. India had been playing test cricket for 20 years and had played 8 test series before this one.

In the 1st match of the series, Pakistan were blown away, losing the test match by an innings and 70 runs.

At this point, a team with precious little experience, with literally no history, no proper structure could have just given up. No one outside of Pakistan expected much. No one could blame them.

But even in 1952, these cricketers were down but they had to get up. One minute down…

And then Lucknow happened.

Lucknow even today is known as the epicentre of culture. Poetry, storytelling, dance, songwriting, music, and all types of art and artist were found here. The kind of art according to some is the reason of coronavirus lol…anyway, I digress.

At Lucknow the former home of millions of Muslims who migrated to primarily Karachi (the capital of Pakistan), team Pakistan trounced a much more experienced and stronger Indian side.

India batted 1st and Fazal Mahmood, Pakistan’s 1st pace bowling sensation bundled them out for 106. He bagged five wickets, Mahmood Hussain picked up three and while Maqsood Ahmed had a brace.

In his book, Fazal Mahmood wrote that in the initial three overs, he struggled as he had never played on a jute matting wicket before. Tried to swing the ball but it wasn’t moving a centimetre. Then three overs into his spell, he tried to seam it.

The rest was history…

Pakistani batting as fragile as it today, delivered. Nazar Mohammad (father of Muddasir Nazar) played the innings of his life scoring 124. Almost everyone else chipped in as Pakistan posted 330 at a run rate of 1.7 RPO.

India again could not face the hostile bowling of Fazal Mahmood. He bagged seven wickets and Amir Elahi a leg-break bowler picked up two. Even in the 1950s, Pakistan’s preferred mode of attack was leg-spin from one end and pace from the other.

This was a huge victory and laid the foundation of Pakistan Cricket.

Australia and England started playing tests. Australia won the 1st one and England won the 2nd. Both teams were starting out new. So the competition was equal but for the rest of the nations just starting out, the odds were always stacked against them.

Well for everyone but Pakistan.

Pakistan team was able to win the 2nd test match they played. To put in perspective…

Just puts in perspective how glorious and gigantic this win was. It laid down the marker for all future Pakistan teams. We might not have had a side that has ruled for eras like West Indies or Australia, but even in its lowest ebbs, Pakistan has always competed.

One might down, next minute up is what defines Pakistan cricket!