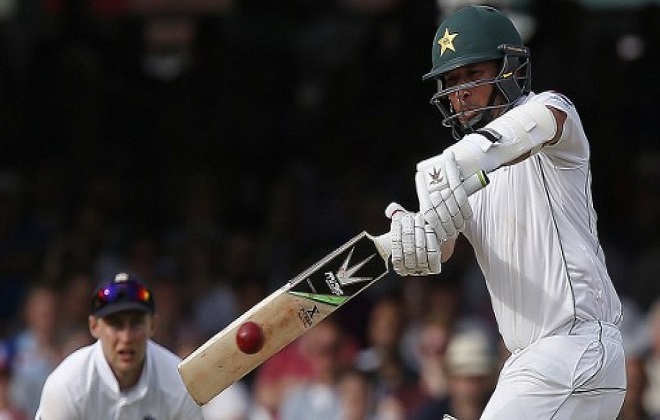 The scoreboard of cricinfo says a loss of 39 runs. But it was a lot closer than that in reality. Before Starc produced that gem to get rid of Asad Shafiq, pressure certainly was on Australia. With Shafiq’s wicket, it became a forgone conclusion but Australia still had to do the formalities. The score had moved from 449 to 450. Yasir Shah, tried a flick towards the leg side but could only edge it to 2nd slip. In disappointment he wandered like it was a jogging track at one of hundreds of Askaris and DHAs in Pakistan. Smith, still at in Australia i.e. 2nd slip, flattened the stumps with his throw and end of test match. So near, yet so far!

In the 1st test match of the series, New Zealand lost Walting at 227. The next three wickets scrambled 22 runs with Ish Sodhi leading the way with 18 and Aijaz Patel not out on 6. Pakistan. In Pakistan’s innings Bilal Asif, Yasir Shah, & Hasan Ali had ducks. Abbas showed solid defensive technique but it wasn’t enough. Azhar Ali’s lack of power showed. But it also showed how desperately poor the tail of Pakistan was. It was difference between the two sides.

Fast forward to the 3rd test. Pakistan must have come in to day with aspirations of polishing off the tail well under 250. Somerville, the debutant had other ideas. He hung around for 99 balls. Aijaz Patel was around for 25, while Boult survived 9 balls. A combined total of 133 balls. Pakistan’s last three survived 29 balls. Yasir Shah and Bilal Asif could destroy New Zealand tomorrow and drive Pakistan to an easy win. Or New Zealand could make a match out it. Either way, if Pakistan as a team has to progress, tail enders will have to enhance their match awareness.

Yasir Shah, was called for 2 by captain Sarfraz. Initially he ambled on not believing his ears. When Sarfraz’s squeal got to him, he tried to pick up the pace. And then he lost his shoe and his wicket. It was like Shah was operating in a different universe. With the ball has a focus of an eagle. His changes in field, line and length, variation are masterful. With the bat, his performances simply are not good enough, because of random errors much like the whole lower order.