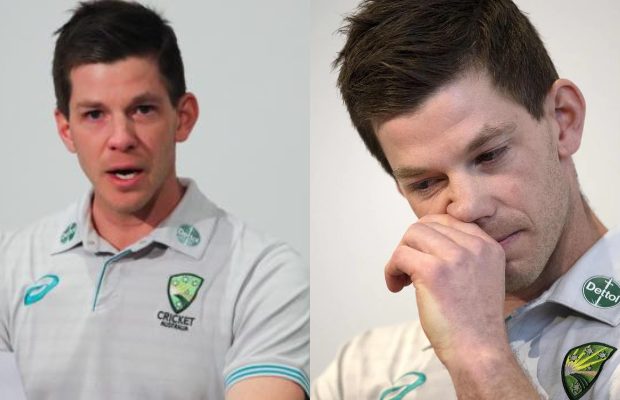 Tim Paine on Friday announced to step down as Australia’s Test cricket captain amid a shocking sexting scandal where he sent a lewd photo and explicit messages to a female staffer.

He held a press conference at 2.30 pm local. time on Friday in the Tasmanian capital of Hobart where he tearfully apologised and announced he would step down.

“I’m announcing my decision to stand down as the captain of the Australian men’s test team,” Paine told a media conference.

“It’s an incredibly difficult decision, but the right one for me, my family, and cricket.

“As background on my decision, nearly four years ago, I was involved in a text exchange with a then-colleague. At the time, the exchange was the subject of a thorough CA Integrity Unit investigation, throughout which I fully participated in and openly participated in.

“That investigation and a Cricket Tasmania HR investigation at the same time found that there had been no breach of the Cricket Australia Code of Conduct. Although exonerated, I deeply regretted this incident at the time, and still do today,” he said.

“We thought this incident was behind us and that I could focus entirely on the team, as I have done for the last three or four years.

“However, I recently became aware that this private text exchange was going to become public. On reflection, my actions in 2017 do not meet the standard of an Australian cricket captain, or the wider community. I’m deeply sorry for the hurt and pain that I have caused to my wife, my family, and to the other party. I’m sorry for any damage that this does to the reputation of our sport,” he added.

As being reported, the lewd messages were sent on November 22 and 23, 2017, the eve and morning of the first Ashes Test at the Gabba in Brisbane.

Cricket Australia was not aware of the messages until after Paine was appointed Test captain in March 2018 in the wake of the ball-tampering scandal.

Paine was brought in as the saviour of Australian cricket in 2018 after captain Steve Smith and vice-captain David Warner were suspended, along with opener Cameron Bancroft.

The trio was caught on camera using concealed sandpaper to rough up the ball during the tour of South Africa.

Cricket Australia is believed to have found out about the sexting in June 2018 and launched an investigation, along with Cricket Tasmania.