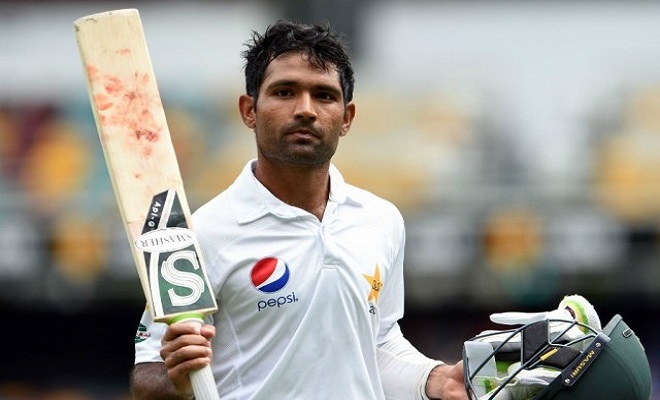 It looked like it would be another familiar start to an Australian tour for Pakistan when the top three were been dismissed for 60, but Asad Shafiq and Babar Azam took charge and put Pakistan in a commanding position against Australia A in Perth. Both batsmen completed their hundreds, with Babar finishing the day at 157 n.o and Asad 119 n.o as Pakistan finished on 336/3.

Pakistan won the toss and decided to bat 1st as captain. Surprisingly, Imam ul Haq and Abid Ali did not get a chance, as Pakistan went with the pairing of Shan Masood and Azhar Ali. However, the captain fell early for 11 to Michael Neser. Trying clip the ball down the leg side, Azhar moved right in front of the stumps and missed the ball which was angling into him. Soon, the score was 47/2 as Haris Sohail chased a wide one without moving his feet. Shan Masood was the third victim, failing to deal with a lifting delivery and deflecting it to cover. Both wickets went to Riley Meredith.

However, Babar came in and continued from where he left off in the T20Is. A beautiful drive towards mid-on set off his innings and pressure was back on the bowlers soon. Asad played second fiddle as Babar attacked. The runs piled up as Pakistan played out Australia internationals Michael Neser, Jhye Richardson and Sean Abbott, giving away only one wicket to the trio. In contrast, they were severe against Riley Meredith who went for over six runs an over, while part-time spinner Travis Head was also taken for over 5 runs per over.

Pakistan finished on 336/3 and would be pleased with their days’ work. Starting under daylight and batting on through the night session would have given much confidence to the centurions ahead of the 2nd test to be played in Adelaide under lights.