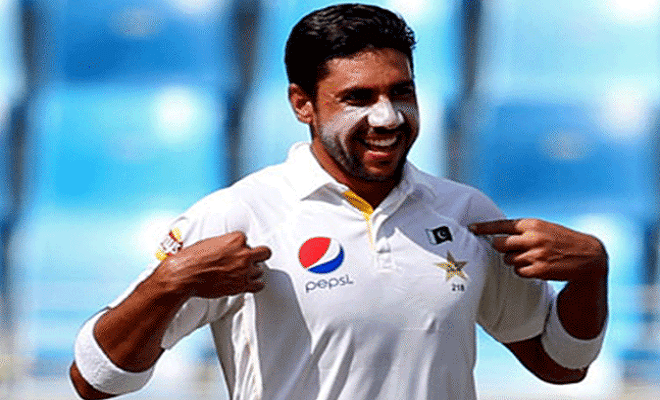 The day began on a tragic note for the Pakistani team with the news of passing away of teenager Nasim Shah’s mother.
1Share
201Views

The day began on a tragic note for the Pakistani team with the news of passing away of teenager Nasim Shah’s mother. It is being reported that the pacer along with his family has decided to stay with the team for now.

On the cricket field, Asad Shafiq and Babar Azhar retired to give other batsmen a chance. Iftikhar Ahmed and Mohammad Rizwan could only score a dozen runs together. Rizwan particularly was challenged with the bounce, getting hit on his glove a couple of times during his 22 ball innings. However, Yasir Shah and Shaheen Afridi put up a resistance, with the latter scoring his 7th first-class fifty. Pakistan was bowled out for 428, with Jhye Richardson the most successful bowler for Australia A with three wickets.

Pakistan was a bowler down in absence of Naseem Shah, however, Imran Khan proved his doubters wrong at this point picking up five wickets. He started early nipping one back into Joe Burns off a full length. The fellow opener, Marcus Harris fell to a brut of a ball from Shaheen Afridi, angling in then holding its line a bit on off stump. Iftikhar with his tidy bowling picked up two wickets to make up for the poor innings with the bat. Imran Khan returned to clean up the middle to later order and at one point they were 57-9.

Cameron Bancroft and Riley Meredith frustrated Pakistan for a while, hanging around till almost the end of the day. Shaheen eventually bagged Cameron Bancroft one short of his fifty, caught by Abid Ali keeping in place of Rizwan, who was off the field with a finger injury. Australia A were bowled out for 122, with all test hopefuls Harris, Burns, Khawaja, Head, Pucovski and Carey failing to impress.

Pakistan did not enforce the follow on and batted out the scheduled three overs without any loss. They would be hoping that their top three and the Iftikhar Ahmed get some practice ahead of the test series.