U-19 series: Pakistan take 3-0 lead with a comfortable win 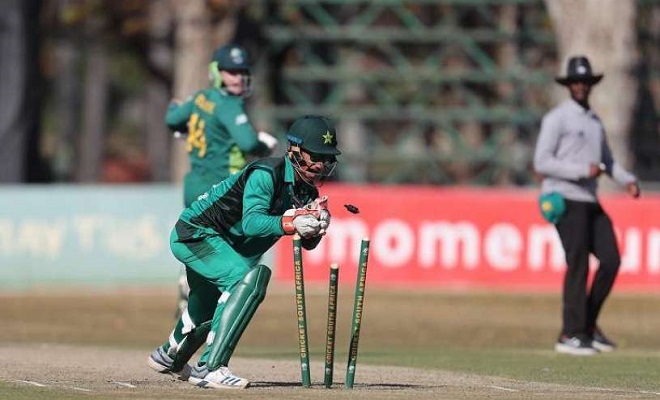 Pakistan U-19 team continued their winning run against South Africa U-19 by scoring a comfortable six-wicket win in the 3rd 50 over the contest. Pakistan now leads the 7 match series 3-0. Batting 1st South Africa posted a strong total of 277, as they were bowled out with 3 balls remaining in their full quota.

Opener Ruan Terblanche, top scored with a 110 of 134 balls. Batting at 3, Luke Beaufort scored a 50. However, only three other South African batsmen could touch the double figures and no one crossed 30, as Pakistan picked up consistent wickets. Abbas Afridi after a match-winning performance in the 1st match was the pick of the bowlers with 4 wickets for 40. Shiraz Khan picked up 3 wickets.

In response, a strong show by Pakistan’s top 4 made the target look easy. Opener Haider Ali top scored with 116 of 111 balls. While Fahad Nazir knitted a 50 to go with one wicket with the ball. Pakistan reached the target inside the 43rd over. Van Vuuren picked up a brace for South Africa, but it was never enough. The 4th game of the 7 match series will be played on 30th June.