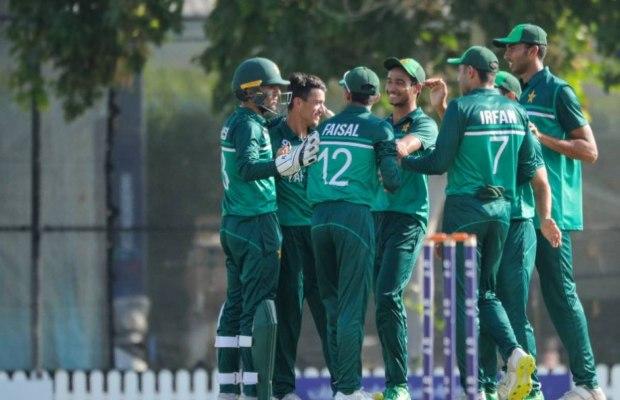 U19 Pakistan team has booked a spot in the semifinal of the U19 Asia Cup 2021 event after defeating the host UAE by 21 runs.

Pakistan U19 team registered their third win in a row,  confirming their semi-final spot in the tournament on Monday.

The day saw an all-around performance from captain Qasim Akram, who steered his team towards victory.

After opting to bat first,  right-handed Qasim scores half-century, followed by a 21-ball unbeaten 34 by Ahmed Khan helped Pakistan to post 219 for eight in 50 overs.

Ahmed coming to bat at number-eight hit two fours and one six.