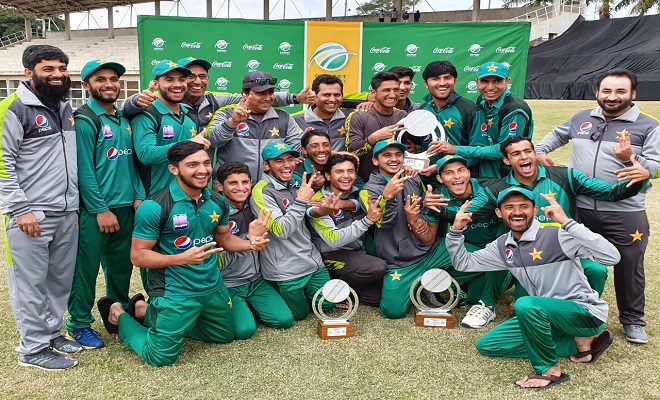 As Pakistan’s senior team bowed out from the World Cup, there was great news elsewhere as Pakistan U-19 team won the 7th and final 50 over contest by 7 wickets. Pakistan remained undefeated during the series, taking it 7-0.

In the final match of the series, South Africa won the toss and batted 1st. They kept losing wickets at regular intervals, and ended up with 182. Bryce Parsons top scored with 37, while Khanya Cotani remained not out with 36. Mohammad Amir took three wickets with his leg spin. While Haris Khan and Amir Ali picked up two wickets each.

In response, Pakistan were never in trouble, chasing down the target before the 38th over. Mohammad Basit Ali scored a 50, while Haris Khan steered the chase with a 69 to go with his two wickets earlier in the day. Imraan Philander and Gerald Coetzee bagged one wicket each. Haris Khan was declared man of the match. 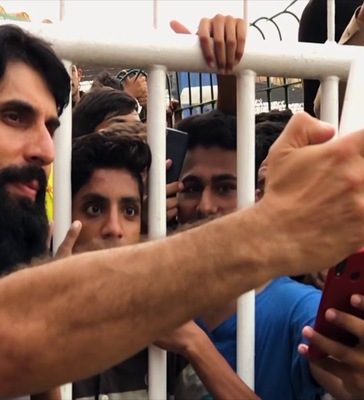