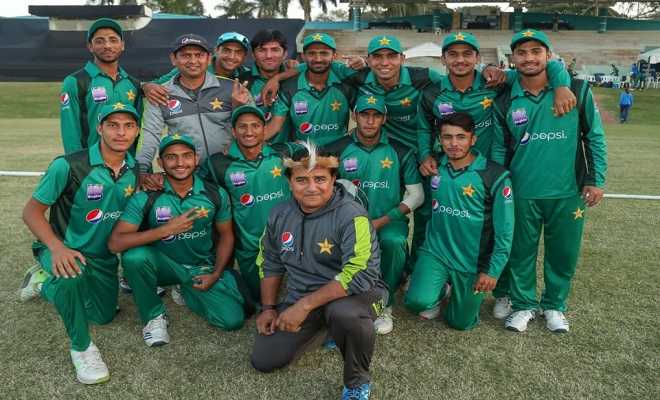 Pakistan U19 team edged their South African counterparts by 17 runs to take the 1st 50 over contest. Abbas Afridi’s crucial 53 and two wickets earned him the man of the match award.

Batting 1st, Pakistan were off to a decent start as openers Haider Ali and Basit Ali, knitted a 100 run partnership. Haider was the aggressor scoring at a strike rate of 115. He was the 1st man to fall. However, the middle and lower middle order failed to put up much resistance and wickets fell at regular intervals. From 101-0, the team collapsed to 150-8. However, Abbas Afridi and paceman Naseem Shah took the score to 219. Pakistan finished with 226. Abbas scored a steady 53 while Naseem Shah contributed 23. Bryce Parsons and Lifa Ntanzi picked up two wickets each.

South African top order also started well and reached 150 for the loss of 3 wickets only. However, Pakistan had kept things tight and they had 70 runs to defend in the last 9 overs. In an attempt to up the run scoring, South Africa lost wickets and their momentum. In the 50 overs, they finished with 209, 17 runs short of the target. Naseem Shah and Abbas Afridi picked up a brace each. Three South African batsmen were run out.