The PCB has formally charged Umar Akmal for two breaches of Article 2.4.4 of the Anti-Corruption Code in two unrelated incidents. 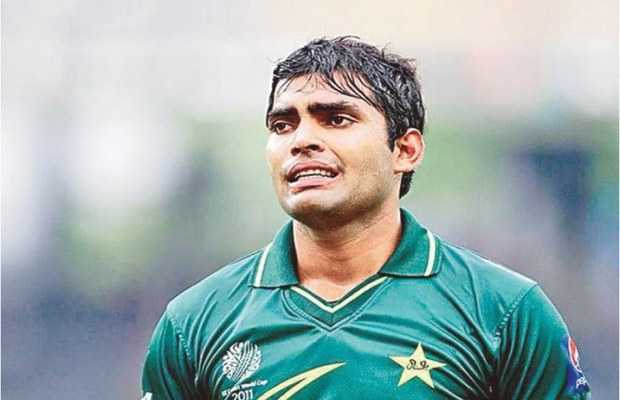 Umar Akmal has been handed a three-year ban from all forms of cricket by PCB’s disciplinary panel for violating anti-corruption code.

The panel reviewed the PCB Anti-Corruption Unit’s evidence against the cricketer for his involvement in suspicious activities, headed by the Chairman of the Disciplinary Panel Justice (retired) Fazal-e-Miran Chauhan.

According to a statement by the PCB, Akmal did not request a hearing before the Anti-Corruption Tribunal where he could have pleaded innocence and contested the charges.

The decision indicates that Akmal has decided to accept whatever sanctions are imposed on him.

The PCB has formally charged Umar Akmal for two breaches of Article 2.4.4 of the Anti-Corruption Code in two unrelated incidents.
Article 2.4.4 of the PCB Anti-Corruption Code reads: “Failing to disclose to the PCB Vigilance and Security Department (without unnecessary delay) full details of any approaches or invitations received by the Participant to engage in corrupt conduct under this Anti-Corruption Code.”
tweet
Share on FacebookShare on TwitterShare on PinterestShare on Reddit
Saman SiddiquiApril 27, 2020
the authorSaman Siddiqui
Saman Siddiqui, A freelance journalist with a Master’s Degree in Mass Communication and MS in Peace and Conflict Studies. Associated with the media industry since 2006. Experience in various capacities including Program Host, Researcher, News Producer, Documentary Making, Voice Over, Content Writing Copy Editing, and Blogging, and currently associated with OyeYeah since 2018, working as an Editor.
All posts bySaman Siddiqui