The left arm spinner's status has grown with each game 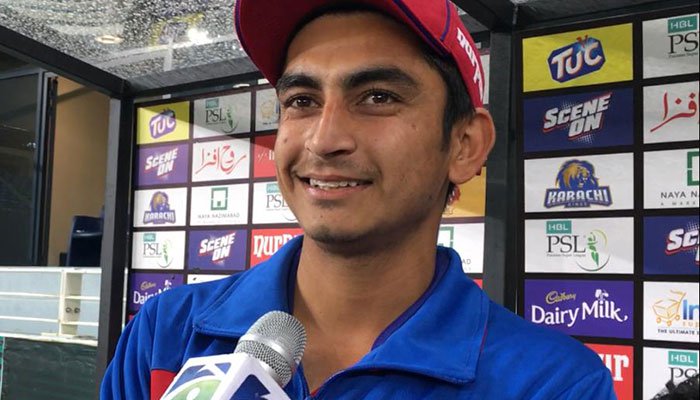 To have talent is one thing but to be able to execute meticulous plans under the heat, is what separates men from boys. The 19 year old left arm spinner has mesmerized one and all with his control, understanding of variations and of length. Yesterday, when his team was batting Zainab Abbas interviewed him. Usually these are dull affairs, but this was a bit different. Umer Khan looked focused and spoke with great clarity. While, he credited his team management and captain for providing him clear plans, the execution was his.

There are stats out there which prove Shoaib Malik’s prudence when he dances down the wicket to a spinner. Inevitably the ball sails over the rope from straight mid-on to straight mid-wicket, depending on the line of the ball. When he charged Umer Khan, once he had to check his shot to clip it towards mid-wicket and then next one, he offered a simple catch to deep mid-on.

Umer Khan, was able to change his line, and pull his length only slightly. Malik just couldn’t get the leverage needed to get power in his shot. Pakistan team is well stocked with left arm spinners as Umer’s own captain Imad Wasim leading the line. Mohammad Nawaz has once again performed well for Quetta, while the Mohammad Asghar’s star has faded since he lost his emerging player status.

If Umer Khan can continue picking up key wickets, he could potentially move ahead in the queue for the national team. So far, it just looks a matter of time.