Serena Williams as made a perfect return to the US Open after last year’s controversial final by thrashing her long-time rival Maria Sharapova in straight sets.

Williams, who is bidding for a record-equaling 24th Grand Slam title, defeated Sharapova for the 19th consecutive time.

The eight seeded, broke Sharapova’s serve five times, winning the match in less than an hour. Williams win has improved her record against the Russian to 20-2.

Williams blasted five aces and 16 winners, while Sharapova made 20 unforced errors which lead her towards the loss. 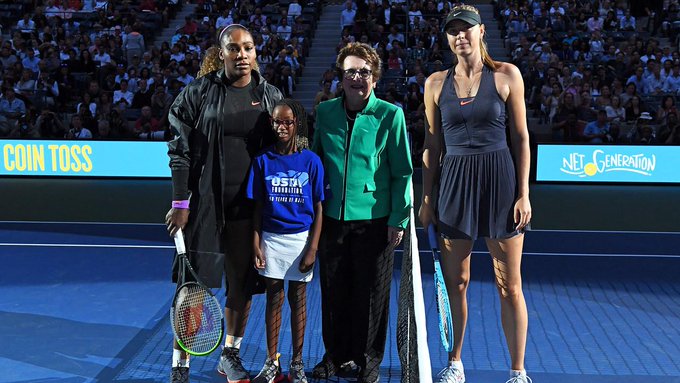 She has now eased into a second-round, where she will be playing against fellow US player Catherine McNally.

While addressing the crowd in the post-match interview, Serena Williams said, “Thank you for supporting me,” she said. “I’ve said it once, but I’ve had a lot of tough matches here and a lot of tough losses, but coming out tonight makes it all worthwhile”.

At the last year’s US final, Serena Williams called the umpire “a cheat” and “a liar” during her loss to Naomi Osaka.

Williams and Sharapova have had been in a frosty relationship since they first met on the court in 2003. Ever since they were drawn against each other for US open match, the two biggest names of tennis were the main talking point.