Mohammad Hasnain has already graduated to the Pakistan team 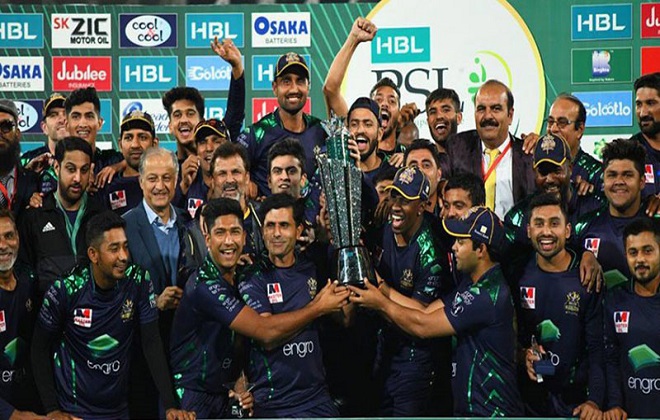 This must taste sweet to Quetta’s management, team and supporters. It wouldn’t be too much a stretch to say that Pakistan’s collective gain came at a cost of Quetta losing a fair chance at the title, twice. However, their sacrifice helped show to the world that Pakistan is now safe for cricket and our authorities are no longer lax in their duties. This was a deserving triumph, the best team of the tournament, winning it quite easily in the end.

The one who outperformed all

Queenslander Shane Watson was the backbone of what proved to be a solid top order for Quetta. Ahmed Shehzad, Ahsan Ali, Rile Rossouw and in the early part of the tournament, Umer Akmal made life difficult for opposition bowlers. But with 430 runs in 12 games, Shane Watson stood above and beyond his competition. Hitting 22 sixes, he gave breathing space to other batsmen in his team. He also bowled that one match winning over to take his team to the final. He might have given up on his bowling, but if he remains consistent with the bat, his demand in T20 leagues will not diminish any time soon.

Who else but Mohammad Hasnain? Pace impresses everyone, perhaps Pakistanis a little more. However, the teenager from Hyderabad showed much more than just raw pace. He showed the nerve to bowl to someone like a Kieron Pollard in the final of PSL, and outfox him. That is where the match turned for Quetta. His has shown that he has the understanding of which ball to bowl when. Having a hands-on captain like Sarfraz did definitely help. In 7 matches he bowled 28 overs, never once did his captain had to go to someone else to complete his quota of overs. 12 wickets, often crucial wickets have led him to the Pakistan team. Wouldn’t be surprised if he does make it to the Pakistan World Cup squad.

Respectable mention of Ahsan Ali too. Among the uncapped Pakistani batsmen, he stood out for his power hitting and timing. Initially, struggling to find the right balance, Ahsan was most impressible in the knockout game and in the final.

The obvious candidate would perhaps be Umer Akmal, having made his comeback in the Pakistan side. However, for me, Ahmed Shehzad was more impressive. After a poor start, he was dropped but forced his way into the side and made 4 fifties. In a couple of games, including the final when Shane Watson faltered early, Shehzad was there to steer the ship. He should got a 100 and won the game against Karachi. Given the options Pakistan has at the top of the order, Shehzad would be very lucky to get on that plane to England. However, his focus should be on building on this good start. A great domestic season and selectors hand would be forced.

The one who leads

Sarfraz’s leadership seems about bluster and anger. But there is so much more to it. The tactical nous he shows on the field often gets unnoticed because the commentators are oblivious of them or are not bothered. The way he kept Hasnain for Pollard made a huge difference in the final result of the match. His micromanagement of Shadab doesn’t look too bad, now that we have seen the leg spinner struggle under Sami. His stock always grows in his absence and no one deserves this trophy more than the Pakistan captain.