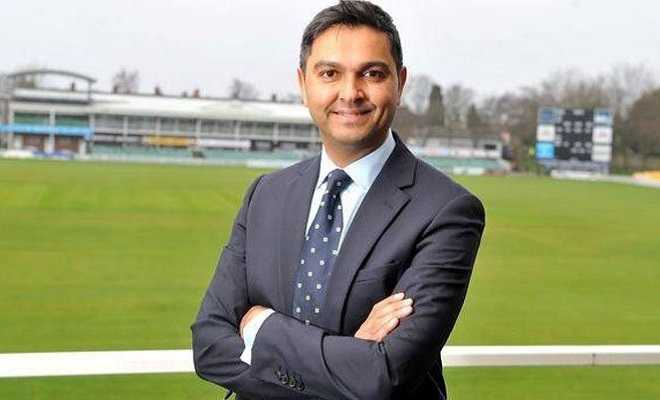 PCB CEO Wasim Khan has dismissed Mohammad Hafeez’s criticism on the return of Sharjeel Khan to competitive cricket and advised the all-rounder to focus on his own cricket rather than giving opinions on “right and wrong”.

Earlier, Mohammad Hafeez had replied to a tweet and said “Shouldn’t we set Standards of Dignity & Pride Higher than any other “Extra Talent” to represent Pakistan.”

Sharjeel Khan was banned for his role in the HBLPSL corruption scandal in 2017 for five years. However, after half of his ban was waived off, he made a return to competitive cricket with Karachi Kings.

“Current players should not be going up on social media to criticise other players or talk about what policies the cricket board should or shouldn’t have. They can have their opinions about various things about world cricket and cricket in general but not about the rights and wrongs of players and the boards and they should leave that to cricket board to answer.

“I will be personally speaking to Mohammad Hafeez about that and I don’t think it’s his place to be doing it. No other player in the world does that so why should our Pakistani players do that? I don’t think they have any space to do that and I don’t think they should be doing that. That’s my personal view. Coming from an English environment, I never saw an English player tweet about policies, procedures, talking about other players’ right or wrong. My view is, he should focus on his own game, focus on the cricketing opinion he can give but don’t give a personal opinion about other players.”

You might recall that Hafeez alongside Captain at the time, Azhar Ali had also opposed the return of Mohammad Amir after his ban. However, PCB was stern in their stance and both had to step back.

Wasim Khan defended Sharjeel’s return and emphasized that having served his ban, the comeback was justified. However, he also suggested that fitness issues will keep Sharjeel out of the international side for a period.

“He has done his time, whatever was set. He has carried out that ban. He is back and was picked up by a franchise and he is available to play again. In terms of him getting selected [for Pakistan] going forward, that is up to the selectors. There is a long way for Sharjeel Khan to go before he is considered to play for Pakistan again. First of all, there is an importance around fitness. [Head coach] Misbah[-ul-Haq] had said that verbally and he is emphasising the policy on fitness with us as well and [bowling coach] Waqar [Younis] has also spoken about it as well, that we are moving in a different direction.

“One of the things Sharjeel Khan could have done in his time when he wasn’t playing and inactive is that he could have got himself fit. In your life, you have controllables and non-controllables. Fitness is controllable, what goes in your mouth, what you do, how you keep yourself fit, that is all under your control. If you are serious about playing for Pakistan, get yourself fit. There is no excuse. I am sorry but I am a stern believer that he turned up playing PSL unfit. He will not get selected for Pakistan as long as he stays the way he is. He now has a few months – get yourself fit, show that you have the ambition to play for Pakistan, show you have a commitment and desire to get yourself fit and then you will be considered. I am sure Misbah and the selectors are looking it at that way – they have a policy and it’s important that people abide by that.”

Currently, all cricket is at a standstill due to coronavirus and it remains to be seen when it will be safe for the cricketers to take the field again.