What do Kashif Bhatti and Ben Carson have in common? 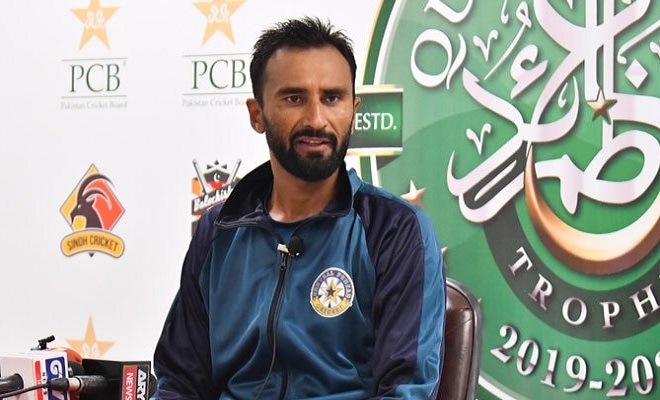 Kashif Bhatti - He was to Misbah’s Pakistan Cricket team, what Ben Carson is for the Trump administration - OyeYeah News
0Share
298Views

Kashif Bhatti, when picked for Pakistan’s tour to Australia, did seem like a token selection. Sarfaraz had been unceremoniously dropped from all three formats. There was a call from within the cricketing establishment of this team being unrepresentative of Pakistan. So, an extremely oddball selection was made in Nawab Shah’s Kashif Bhatti.

He was to Misbah’s Pakistan Cricket team, what Ben Carson is for the Trump administration. The only African American in Trump’s 86% white cabinet. A futile gesture to push in the face of naysayers when genuine questions about equality, equity and diversity are asked.

There was no chance of Bhatti playing in Australia, even when everyone knew that Yasir Shah is likely to struggle in Australia (with the ball). Soon enough, as the uproar regarding Sarfaraz’s dropping is over, Kashif Bhatti was shown the door, having served his purpose. Bilal Asif is back in the side citing the number of left-handers in the Bangladesh batting order. For some, it is a very valid cricketing reason.

However, in this game of regional chess, spare a thought for Kashif Bhatti. The man has got over 330 wickets in first-class cricket. Does he deserve to be used as cannon fodder to help maintain the PCB’s establishment’s hold over power?

If Bilal Asif is picked to attack left-handers from Bangladesh, why wasn’t he picked against Australia who also had three left-handers in their top six? One of them, David Warner scored a triple century.  Having seen how Yasir Shah had done in Australia on the previous tests, did we really need his leg-spin? Was Iftikhar Ahmed with his innocuous off-spin enough?

Kashif Bhatti is the latest casualty of PCB establishment’s scheming and plotting. Many-a-cricketers have been sacrificed in the past and unless drastic changes are made, many will fall in the future.