From 1989 to 1994, Waqar Younis statistically stands out from any competition 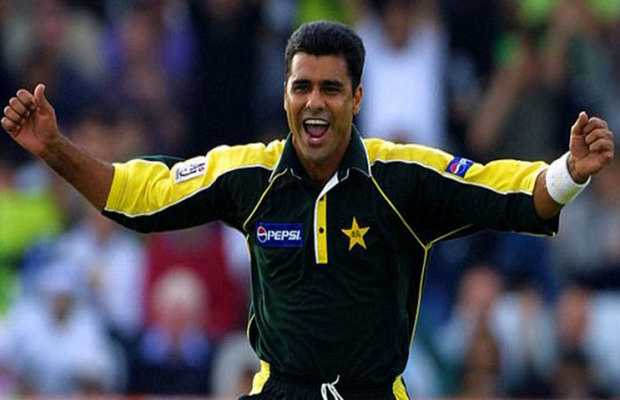 “When I was really small I loved the Pakistan cricket team. Waqar (Younis) was one of the greatest Pakistan bowlers ever, and I was a bowler so I really enjoyed watching him. I was a big Pakistan fan until I got older when I noticed that I should actually support my home team.”

If Shoaib Akhtar’s run-up and action were like an aeroplane, slowly taking off. Waqar Younis’ was like a cheetah, going from zero to 100 in less than a second in silky smooth short burst. He would hold the ball in his left hand, covering it so as to hide the shine of the ball. The long run-up was covered in a jiffy, it was all a blur especially if you were a batsman, then he would leap into action like a sly cat (big cat) pouncing on her prey, the jump, the whippy arm, and smooth follow-through.

Before the audience or the batsmen knew it, the in-swinger had got either the stumps cartwheeling towards a jubilant wicketkeeper or the Waqar Younus was appealing with both arms raised in the air and waiting for the inevitable umpire’s decision in his favour. And just to keep things interesting he would slip in a brutal bouncer so batsman camping on the foot front, would take one on the helmet.

This was Waqar Younis at his prime. He was lean, he was slick, he was fast and boy was he lethal. Before there were back, elbow and toe injuries there was a Waqar Younus who produced wickets at such a rate, no other bowler even came close. Not Wasim Akram, not Dale Steyn, not Shoaib Akthar, not any of the West Indians. During a four-year prime, no one was as good as Waqar Younis.

Hence, in this period, Pakistan played 30 test, winning 15 and losing just 6. The team was fighting amongst each other, match-fixing related issues had started but yet they had such a brilliant win-loss ratio. The only series they lost in these years was to a very strong West Indies away from home. It’s a shame that this team didn’t play a series in Australia or India during that time.

A lot of success was down to the young pacer’s ability to hit those stumps or toes of batsmen. Waqar Younis knew what he wanted to do, the opposing batsmen did, those in the ground did, those watching on TV did. Yet he was able to defeat the batsmen with such ease. He was predictable, but that didn’t matter.

The pace and late swing, the dip, the swerve made him impossible to tackle. This was cricket’s equivalent of the Roberto Carlos free-kicks, almost defying physics. This Burewala Express had ferocity. The ferocity that could tame the best batsmen in the world and inspire Usain Bolt to be the fastest man on earth.