Why Charlotte Flair Replaced Becky Lynch for the Raw Women Title in Wrestlemania 35?

Maybe Even A Bigger Push.... 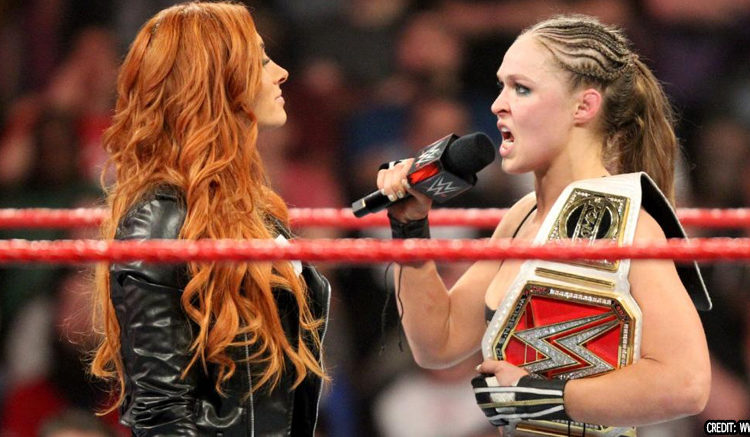 At the start of the show Triple H and Stephanie McMahon told Becky to apologize to them for the beating she gave them last week. If she didn’t she would not able to compete at Wrestlmania 35 and  be suspended.

During the show everyone was advising like Finn Balor, Alexa Bliss and even Ronda Rousey Becky to do what is good for her to make history at Wrestlmania 35. At the end of the show Becky said,” I still think the two of you want me nowhere near that match, I’ve been getting advice all night long and I don’t trust you. Yes, I got angry when I thought my opportunity was being taken away from me, and yes, I punched and slapped you in the face. Yes, if all that’s keeping me away from my dreams is two little words then … Stephanie, Triple H, I’m sorry.”

.@BeckyLynchWWE said the two words that @StephMcMahon & @TripleH wanted to hear all night on #Raw. pic.twitter.com/JDIkB9pcnr

She quickly asked,” My path is now clear to get my hands on Ronda Rousey, right? Nobody is taking my dream away from me.”

Triple H and Stephanie congratulated her and cleared her for the match suddenly Ronda music hits. She entered the ring and was interrupted by the chairman of WWE Vince McMahon. Vince said,” I don’t like bad attitudes and it goes for Ronda too. You think you’re bigger than WWE but you’re not. You’re not the man. I’m the man. I’m not accepting your apology. You’re suspended for 60 days, which expires five days after WrestleMania. We need someone that is going to take Ronda to the limit and knows their place. We need Charlotte Flair! Ronda, get used to this because you’ll be seeing the new RAW Women’s Champion, Charlotte Flair!”

Right after the big news Ruby with her Riot Squad entered the ring and picked up a fight with Becky and Ronda.

This is how the show ended.

So, everyone is thinking how could this all happened? There a 5 good reason for all this chaos.

Number 2: To make McMahon vs Becky even more interesting

Number 3: To protect Becky Lynch for the main event at Wrestlmania 35
Number 4: Making it a Triple Threat match

The action best suited to Becky is similar to that of Stone Cold. Vince McMahon’s participation out of nowhere may just give her a boost and at least strengthen her place as the biggest baby’s face for the year.