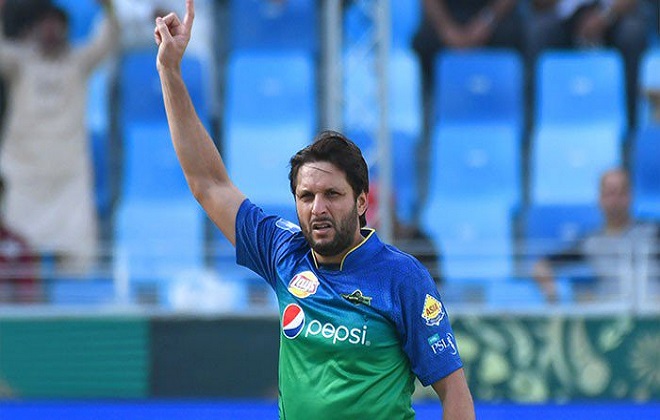 After the official broadcaster had discussed Afridi’s legacy for 20 odd minutes, Shahid Afridi vowed to continue playing cricket, at least until PSL 5. After Shan Masood fell, it seemed like destiny that Afridi would walk in, hit a six and announce his retirement from the game. Having seen struggle so desperately in the field over the past couple of years, some willed him on to hang up his boots and the gloves.

Yet, Shahid Afridi being true to himself has shown full intention of playing cricket at least for another year. However, he did mention that he was struggling with knee injury almost throughout the PSL. While, Afridi was a liability in the field and almost non-existent with the bat, his bowling still remains potent.  He picked up 10 wickets in 8 games, going well under 7 runs per over. Any team would want to sign such a bowler. Add Afridi’s pull in the market, one of the six franchises will take a punt on him.

Will it be Multan Sultans? This might be difficult to say. He fills up the platinum category, which is a pivotal spot for all teams. He might have to take a pay cut like Misbah ul Haq and accept a lower category.

Afridi, has thus far played for 3 franchises. Only 3 to go and he can then retire in peace.