Can the selectors trust Mohammad Hafeez in South Africa? 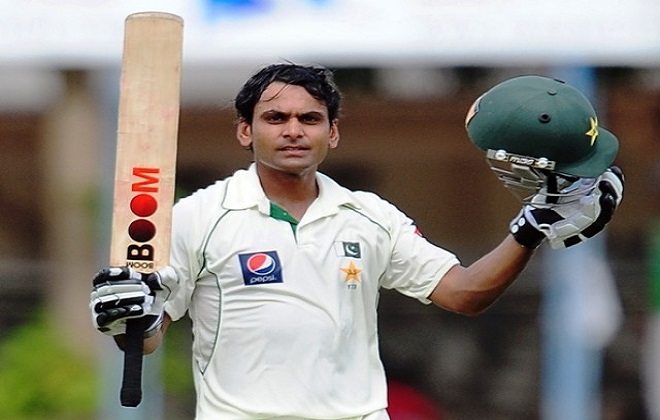 Once again, heading into an away tour, Pakistan opening pair is unsettled, battling for their positions in the side. Coach Mickey Arthur had pinned his hopes on Fakhar Zaman, giving him time to rest and perhaps prepare for playing on faster wickets. But injury has ruined those plans. He is set to miss at least the 1st Test match. Would it be fair on the man to throw him in after injury in the 2nd Test? Perhaps not. So what are Pakistan’s options?

Mohammad Hafeez, who has made a grand return to the test side, has followed the pattern of his career. As he admitted himself, his bowling is not as effective either after the tweak in his action. Consider that with his woeful record in South Africa and it doesn’t paint a pretty picture. Had Zaman been fit, he might have been dropped the 3rd test against New Zealand and subsequently the South Africa series. Now, it looks like he will be part of the touring party. Another chance at redemption against Dale Steyn? Well, even if he survive, that the World’s number 1 bowler awaits. A score against New Zealand wouldn’t hurt.

Imam ul Haq, has shown time and again that he has solid temperament. However, the skill set seems limited. He settling into the same pattern of Pakistani openers, who often start brightly but settle into that high 20s to early 30s range of average. After a fantastic 1st Test against Australia, Imam’s runs have dried up. The highest of 27 came in that innings that makes us Pakistan fans clasterpohbic. His place seems safe at the moment. However, South Africans will provide the sternest test of his technique and skills. Again, it’s a situation far from ideal.

Ever since Inzamam has taken over as chief selector, there has been a relative dip in Azhar Ali’s stats. In trying to solve the opening issue by moving Azhar one up, they have now two problems at hand i.e. opening and number three. Azhar Ali has had some innocuous run outs, brain fades and poor form. However, he has grind out two decent scores in the last two tests. Won’t be surprise to see Azhar again shifted up the order as the problems with openers mount. His record in South Africa however isn’t great. A blemish on his very good away record. That is one wrong, the senior batsman would like to right in the series.

Well, there is pattern to this one isn’t it? Shan Masood scores runs in domestic cricket or for Pakistan, he gets chances at international level and he fails. This has been the pattern. Again, Shan has been in tremendous form. But is the level or has he actually improved his technique enough to survive? It would be quite unfair to throw him against one of the top bowling side in the world, in their home conditions. But given how many chances he has had, perhaps this is what it would take for him to actually start believing. A poor final test for Hafeez against New Zealand and Shan could be facing up to Kagiso Rabada in the Boxing Day test.

Scores of 140, 113, 105, 81, and 62 against England Lions and New Zealand A has put Abid Ali firmly in the focus. The 31 year old, has been playing domestic cricket for over a decade. Unlike Fawad Alam, who has been sidelined for A team because of his age by Inzamam, Abid now looks to be in contention for the Pakistan team. Once again, sending a rookie in terms of international experience in against South Africa, would be a huge risk. Pakistan management, is often not weary of throwing a youngster to the lions. Even if the mean it destroys their confidence.