WWE Draft: Seth Rollins vs Roman Reigns, who will be first pick of the draft for RAW or SmackDown?

The battle will determine which brand will clinch the first pick of the draft. 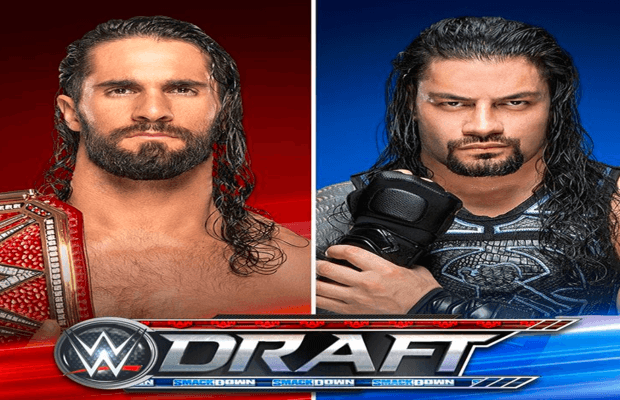 This week’s SmackDown on FOX is going to be pretty entertaining because the WWE Draft will officially begin.

Seth Rollins and Roman Reigns will be representing their current brands RAW and SmackDown and battling it out in this week’s SmackDown on FOX to determine which brand will clinch the first pick of the draft.

Oh boy, this announcement has made the big boy Seth pretty excited, as he took to twitter saying, “#WrestleMania comes early. #BigDogvsBeastSlayer #sethrollinsisnotcool.”

Roman also tweeted, “Two of the best battling for each brand. I appreciate the Champ coming to my yard, but I’m taking the W and the #1 #WWEDraft pick for #SmackDown. #Yessir @WWERollins.”

Furthermore, WWE preliminary Draft Pools have also been determined and designate which WWE Superstars are available for selection on each night.

We have seen some amazing draft picks taking place for several years which saw popular wrestlers like John Cena shift from one brand to another and become the marquee face for the particular show.

tweet
Share on FacebookShare on TwitterShare on PinterestShare on Reddit
Saman SiddiquiOctober 11, 2019
the authorSaman Siddiqui
Saman Siddiqui, A freelance journalist with a Master’s Degree in Mass Communication and MS in Peace and Conflict Studies. Associated with the media industry since 2006. Experience in various capacities including Program Host, Researcher, News Producer, Documentary Making, Voice Over, Content Writing Copy Editing, and Blogging, and currently associated with OyeYeah since 2018, working as an Editor.
All posts bySaman Siddiqui