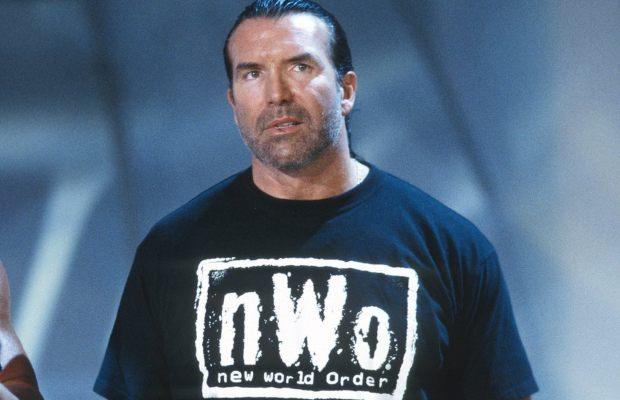 As being reported, Hall broke his hip after falling in early March 2022.

Later, on March 12, he underwent surgery for his hip after which a blood clot was dislodged which ended up in him suffering three heart attacks.

He was placed on life support after suffering from multiple heart attacks at the Wellstar Kennestone Hospital in Georgia.

Two days later, Scott Hall was taken off life support after which WWE officially announced the news of his passing.

He was known peculiarly for his signature character – Razor Ramon – a cool mafioso bully of sorts, inspired by the character Tony Montana in Scarface.

WWE paid tribute to the pro-wrestling legend in a tweet along with a picture of Scott Hall wearing a nWo t-shirt, quoting one of Razor Ramon’s favourite lines.

Scott Hall started wrestling in NWA and AWA and then WCW before making his debut in WWE in 1990.

His second stint proved quite fruitful as he became a four-time Intercontinental champion.

Razor Ramon went on to win a faceoff against Shawn Michaels in a ladder match for the Intercontinental title at WrestleMania X. This match was awarded the Match of the Year and is regarded as one of the finest matches in WrestleMania history.

Scott Hall was inducted into the WWE Hall of Fame in 2014 as an individual wrestler and in 2020 as part of NWO.

tweet
Share on FacebookShare on TwitterShare on PinterestShare on Reddit
Saman SiddiquiMarch 15, 2022
the authorSaman Siddiqui
Saman Siddiqui, A freelance journalist with a Master’s Degree in Mass Communication and MS in Peace and Conflict Studies. Associated with the media industry since 2006. Experience in various capacities including Program Host, Researcher, News Producer, Documentary Making, Voice Over, Content Writing Copy Editing, and Blogging, and currently associated with OyeYeah since 2018, working as an Editor.
All posts bySaman Siddiqui