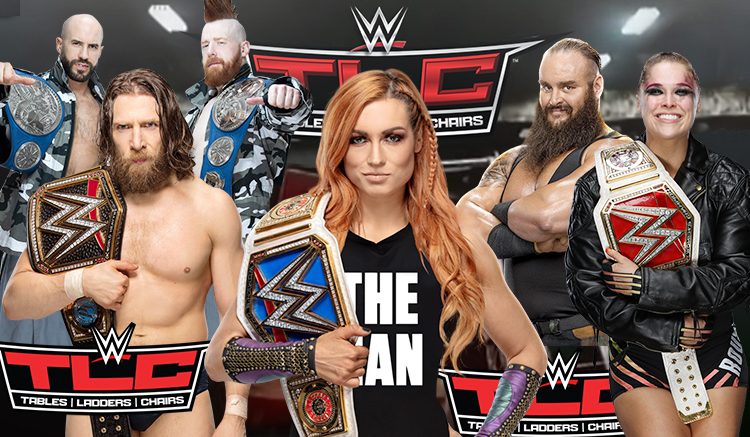 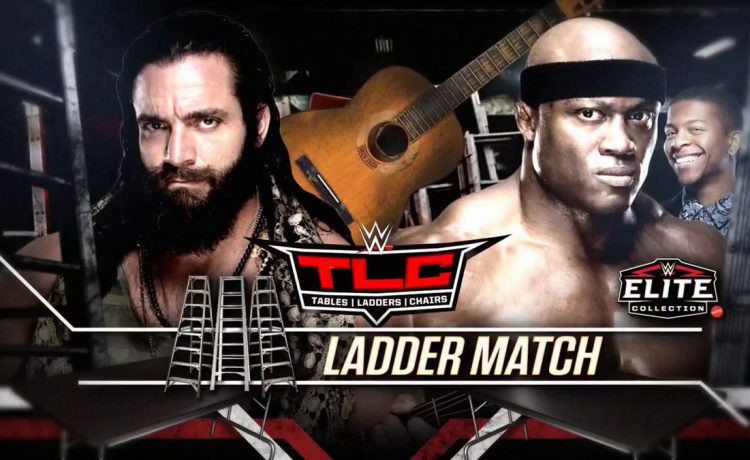 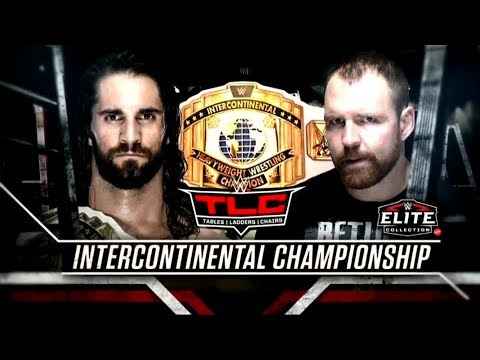 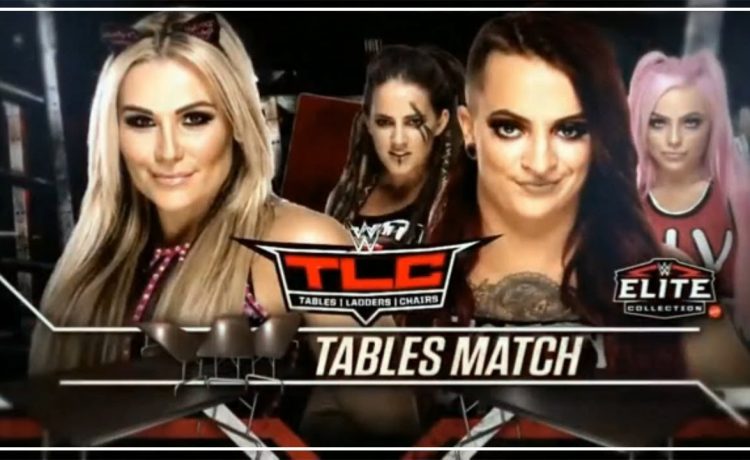 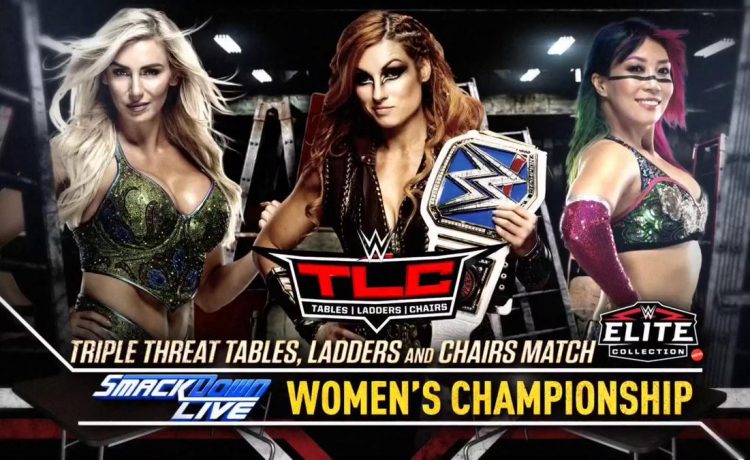 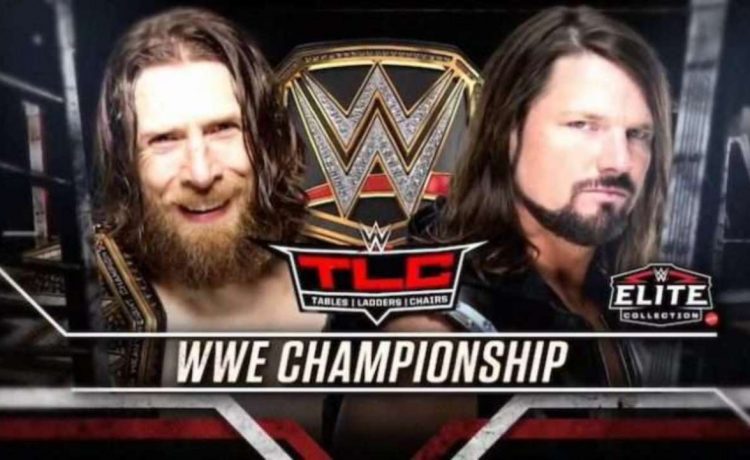 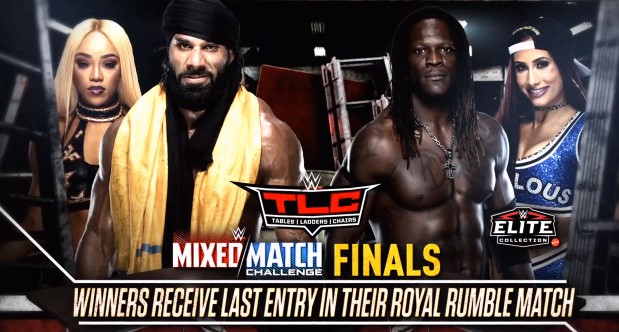 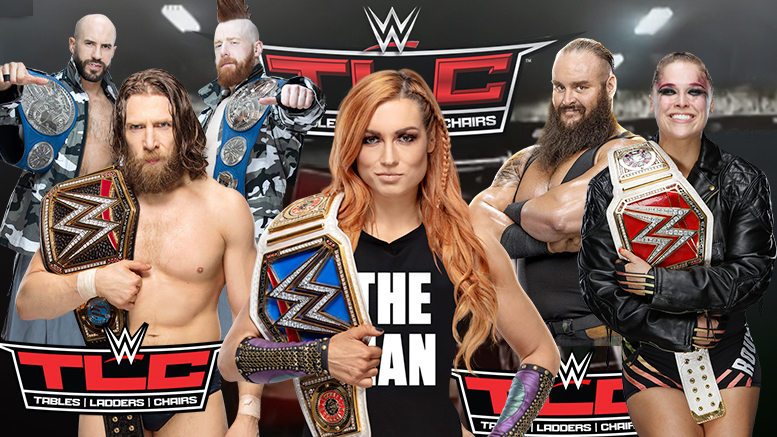 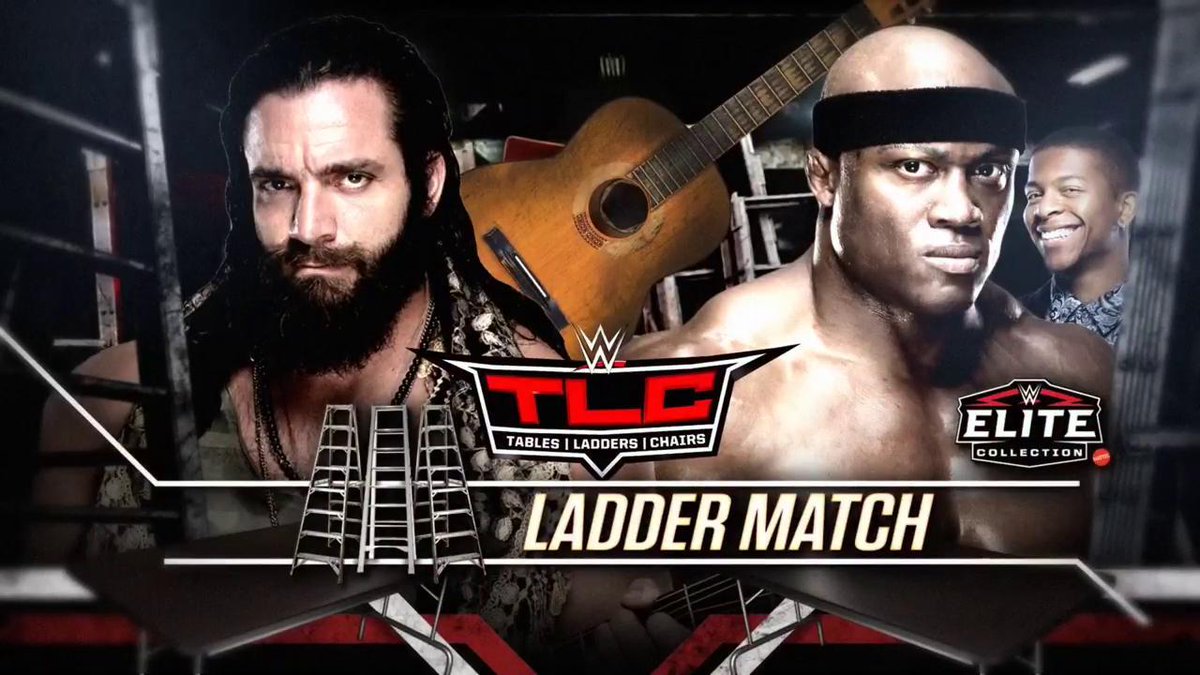 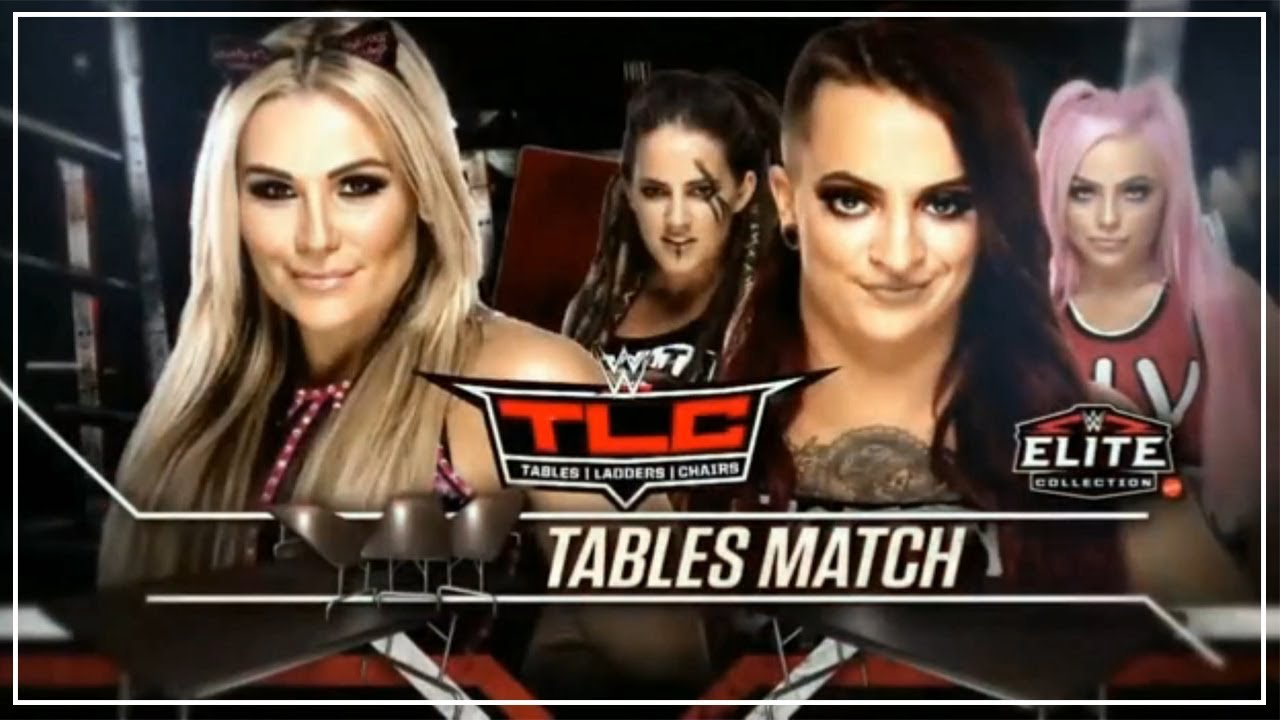 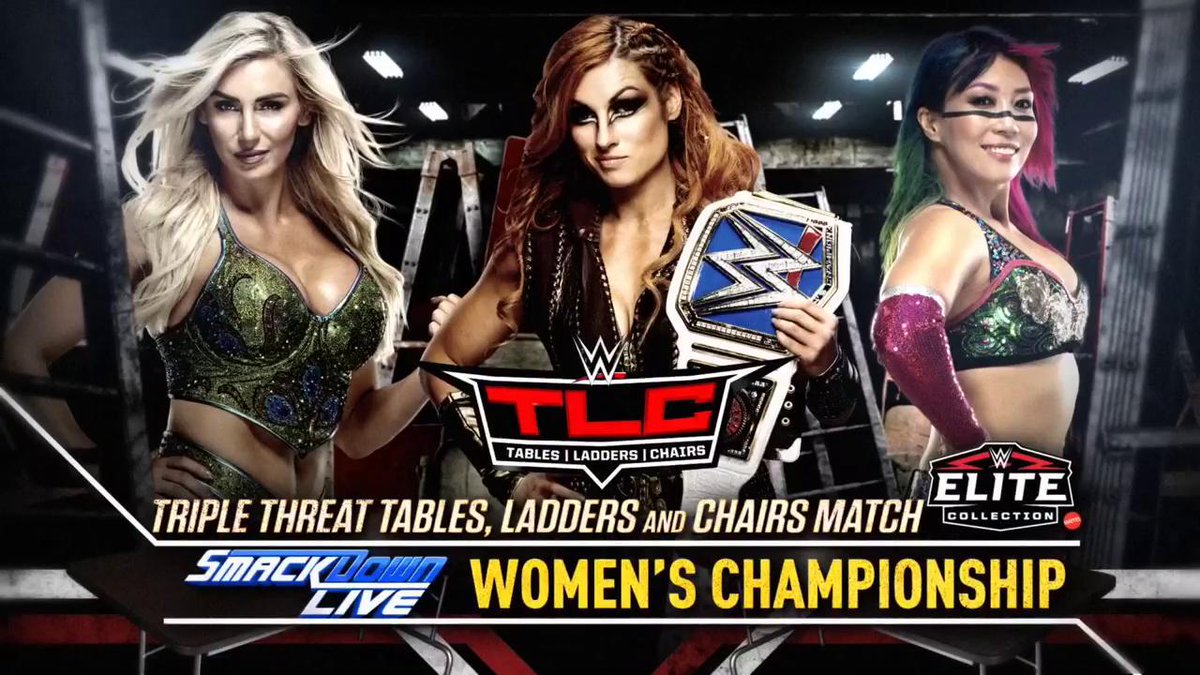 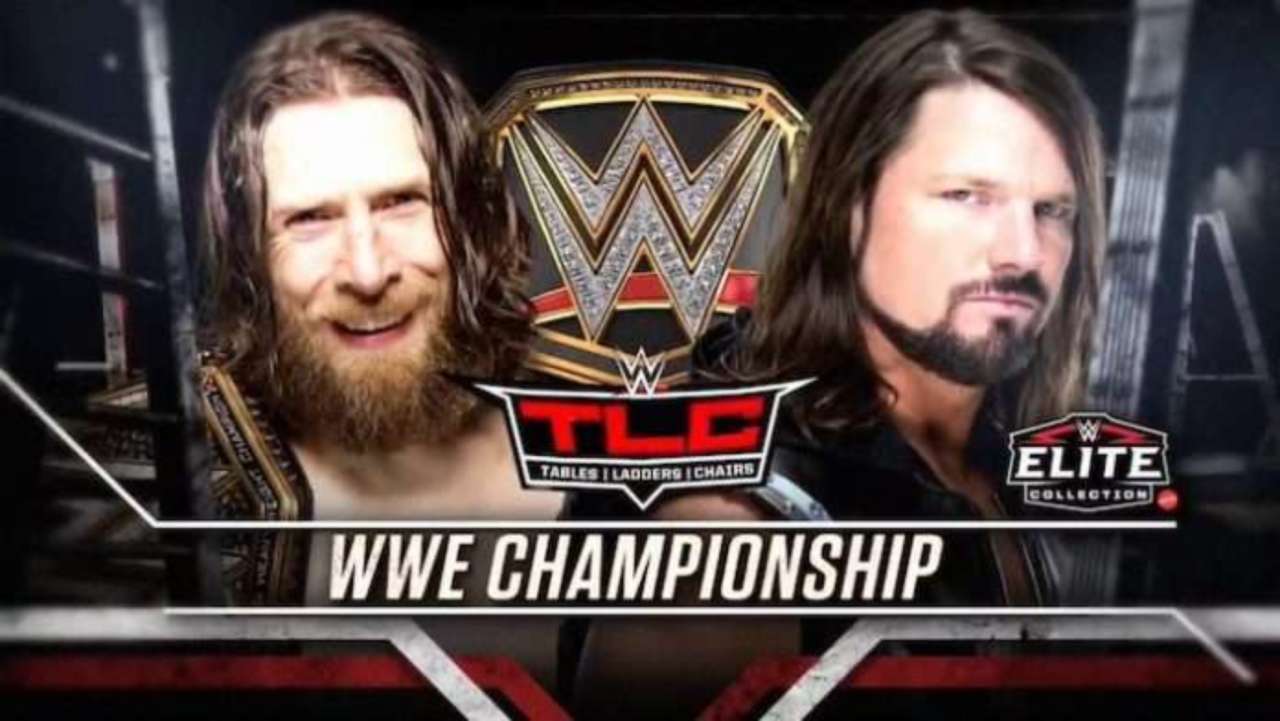 Ladder Match: Elias vs. Lashley:  This was okay, but I absolutely hate that the result didn’t matter, since Elias got his ass beat anyway. Elias defeated Lashley

Post match, Lashley beats down Elias and Lio hits a frog splash. Lashley then lays out Elias with a guitar shot.

Truth and Carmella are going to WWE HQ for their vacation. Carmella is not amused since Truth was the one that picked the destination ahead of the finals.

TLC Match: Braun Strowman vs. Baron Corbin: Not so much a match as it was an angle, but it was a really good one with wronged babyfaces finally reuniting and Corbin getting the ass beating he deserved. It was really nice to get a satisfying payoff for once. Braun Strowman defeated Baron Corbin

Corbin is out of power, and Braun gets his title shot at the Rumble.

Tables Match: Natalya vs. Ruby Riott: his was solid, if a bit long and lethargic. Natalya got her feel good moment, but I have no idea what you do with the Riott Squad from here. They are far from a dominant team, and just got their head handed to them by Natalya. Also, how can you try and build a blood feud around sun glasses, and decals/fat heads? Natalya defeated Ruby Riott

Finn Balor vs. Drew McIntyre: This was a good match that I was enjoying, but I wasn’t a fan of the ending and Ziggler’s involvement, and felt the ending took away from the match, but at least it protected McIntyre, who they reportedly have big plans for. The real positive is that the faces are showing some unity tonight. Finn Balor defeated Drew McIntyre

Chairs Match: Randy Orton vs. Rey Mysterio: This was ok at best, and it was nice to see Rey get some revenge, but it felt really lethargic at times and longer than it really was. The stipulation added nothing to this. Rey Mysterio defeated Randy Orton

Balor is interviewed backstage, and he has no idea what Dolph was doing. Dolph arrives and attacks Balor. Ok then.

Nia refuses to be interviewed, and runs into Becky Lynch, who kicks her . “Keep my name out yo mouth!”

WWE Championship Match: Champion Daniel Bryan vs. AJ Styles: This was an absolutely fantastic match, that played extremely well off of their Smackdown matches, had some tremendous call backs, and was just a case of two excellent wrestlers delivering. Styles is an amazing fiery babyface, while Bryan is channeling the best of his ROH/FIP heel personas, with the ground work, ruthlessness, and of course bringing back Mr. Small Package. This was excellent pro wrestling, slowly and smartly built from the start, with everything having a point and purpose. This was one of the best WWE main roster matches of 2018. Champion Daniel Bryan defeated AJ Styles

WWE Intercontinental Championship Match: Champion Seth Rollins vs. Dean Ambrose: I was not a fan of this. They spent weeks making this personal, Ambrose blew up the Shield, did so on the night Reigns announced his leukemia diagnosis, and they even used that for heat. They simply worked the wrong match here, fans wanted a brawl, they wanted to feel the hate, they wanted those feeling they set heading into the match to spillover into this match. Instead, an ordinary wrestling match broke out and not only was it not what anyone wanted, the live fans were quiet for a large portion of it and then even chanted that it was boring. It wasn’t bad, they worked hard, but it came off as bland and heatless. Dean Ambrose defeated Champion Seth Rollins

So the Main Event Is HEREEE….

Smackdown Women’s Championship TLC Match: Champion Becky Lynch vs. Asuka vs. Charlotte: I’m not always a fan of the run in, but it made perfect sense considering Ronda’s issues with Becky & Charlotte. The match itself was awesome, crazy and brutal in all the right ways, with everyone playing their roles extremely well and a really tremendous performance from Charlotte. The match and story progressed everyone along, the Ronda/Charlotte/Becky dynamic is more interesting, and Asuka is now the champion, opening things up on the Smackdown side. They kept a good pace, laid out the big spots well, had good teases of who could win, and they kept the crowd the entire time. I felt going in that the ladies main evening was the right call and they most certainly delivered here. Asuka defeated Champion Becky Lynch & Charlotte 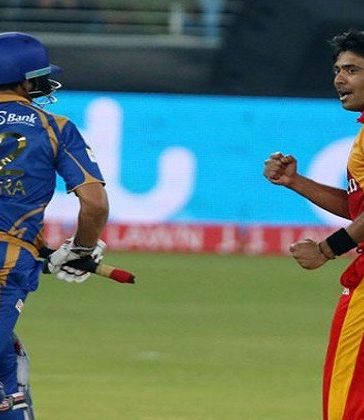