Tymal Mills turned the game with the wicket of Colin Ingram 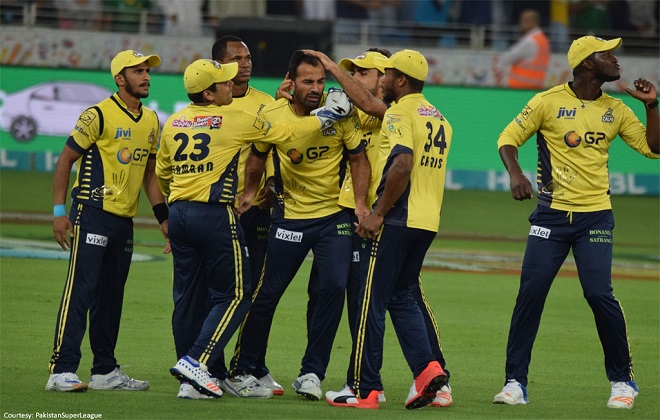 Most Pakistan cricket fans would be familiar with the term PaceIsPaceYar. Popularised (and perhaps originated) by Ahmer Naqvi, Hassan Cheema, Rehan ul Haq and Osman Samiuddin (apologies if I have missed people). It simply means pace is paramount. Peshawar Zalmi’s success is pretty much built on this premise. Across seasons now, they have focused on signing and then holding on to quality fast bowlers, who can bowl at 140+.

Wahab Riaz is the obvious poster boy of this strategy. Hasan Ali’s stature has grown as one of the top white ball bowlers in the country and Sameen Gul has improved tremendously. Umaid Asif, who no other side thought of picking, has been an important cog in this Peshawar side. Chris Jordan has been with the side too. Their strategy has been obvious this season. Hit hard length with good pace. The league table shows that very few teams have been able to counter this strategy.

They brought in Tymal Mills.‏ Yesterday, he picked the most important wicket of the innings in Colin Ingram. The South African was set and had he stayed in for a few more overs, Karachi were in with a shout. He had shown earlier against Quetta that how apt he is at destroying spin or medium pace.

The pace of Mills pushed Ingram on the back foot and his swat towards mid wicket, ended up at mid-off. The ball hurried on to the bat and hit the splice. Classic case of a batsman being late on the ball. After his dismissal, Kings could only conjure up 17 more runs, thanks to relentless nature of Zalmi’s attack.

Unless teams can figure out a way to counter pace bowling, there will be no stopping the Zalmis.   If they do, it would once again prove that PaceIsPaceYar! 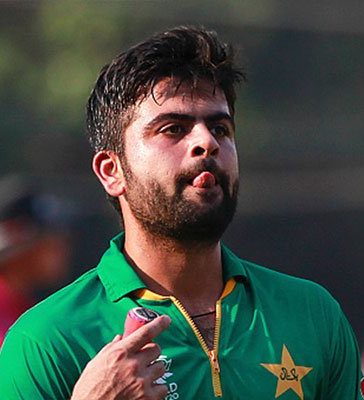 The descend of Umar Gul