Captain Babar Azam remained the top scorer for the visiting side, making 41 off 45 balls 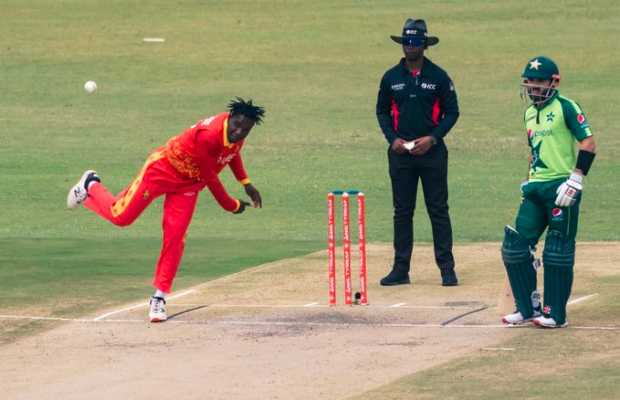 This is the first time in more than 5 years when Pakistan has been bowled out for less than 100 in a T20I. The last such occasion was in February 2016 v India at Dhaka.

119 is now the new lowest target that the green shirts have failed to chase in a T20I. The previous was 128 in a match against Australia in 2010.

Captain Babar Azam remained the top scorer for the visiting side, making 41 off 45 balls, while Danish Aziz contributed another 22 runs from 24 balls.

Mohammad Rizwan was the only other player to reach a double-digit score, who managed to put 13 runs on 18 balls.

Then next week fail to chase 119 vs Zimbabwe

Only Pakistan could do this 😂🤦‍♂️#PAKvZIM

Pathetic batting display by Pakistan, its time to think about T20 World Cup. Likes and dislikes have damaged the team combination. Embarrassing defeat at the hands of Zimbabwe 12 ranked side in the world. Who is going to take the responsibility ?#PAKvZIM

Dear PCB replace Asif ali with this Firdous Ashiq I think she would play better than him #PAKvZIM pic.twitter.com/TBgLi5DDyz

We congratulate Pakistan cricket team 🙂 on losing the match on their own from Zimbabwe #PAKvZIM pic.twitter.com/1ESicuEq9l

The only difference between this Zimbabwe series and that SA series is that Zimbabweans groundsmen have pushed the boundaries back.

73 metre boundary on this Harare ground. There is no way in the world Babar can clear these boundaries.

Surely top order should have done the job today for team, No excuse from Riz, Babar & Hafeez #PAKvZIM

tweet
Share on FacebookShare on TwitterShare on PinterestShare on Reddit
Saman SiddiquiApril 23, 2021
the authorSaman Siddiqui
Saman Siddiqui, A freelance journalist with a Master’s Degree in Mass Communication and MS in Peace and Conflict Studies. Associated with the media industry since 2006. Experience in various capacities including Program Host, Researcher, News Producer, Documentary Making, Voice Over, Content Writing Copy Editing, and Blogging, and currently associated with OyeYeah since 2018, working as an Editor.
All posts bySaman Siddiqui