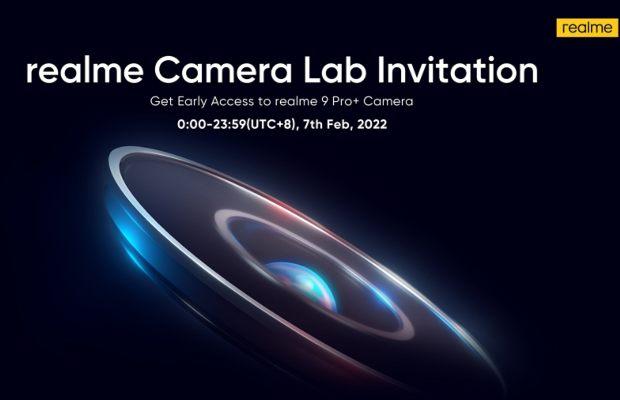 realme is gearing up for the global release of its realme 9 Series that builds up on its immensely popular number series. To tease the camera prowess of the realme 9 Series, the brand held a special user experience event to allow people to try out the photography capabilities of realme 9 Pro+’s brilliant new Sony IMX766 OIS camera, which gives it the same performance in photography as a premium flagship but with a greatly reduced price, in a low-light setting.

In a one-of-a-kind virtual experience, four smartphones were set up in the realme Camera Lab, which included the realme 9 Pro+, Xiaomi 12, Samsung S21 Ultra, and the Google Pixel 6. Users who accessed the link to the Camera Lab experience were given a seat behind the lens of these smartphones in order to be able to click pictures that they could download remotely and compare the results to their own satisfaction.

The realme 9 Pro+ comes equipped with realme’s self-developed ProLight imaging technology that enables it to take clearer and purer nightscapes as well as improves its performance in low-light environments. As can be seen in the set of photos to the left taken from the Camera Lab, the image taken from the realme 9 Pro+ is much more vibrant with rich, sharp colors and distinct levels of shadowing throughout the image as compared with the other duller and darker images. The levels of saturation and warmth are comparatively higher producing an image that better reflects the natural state of the subject matter, which is a great benefit to professional photographers. 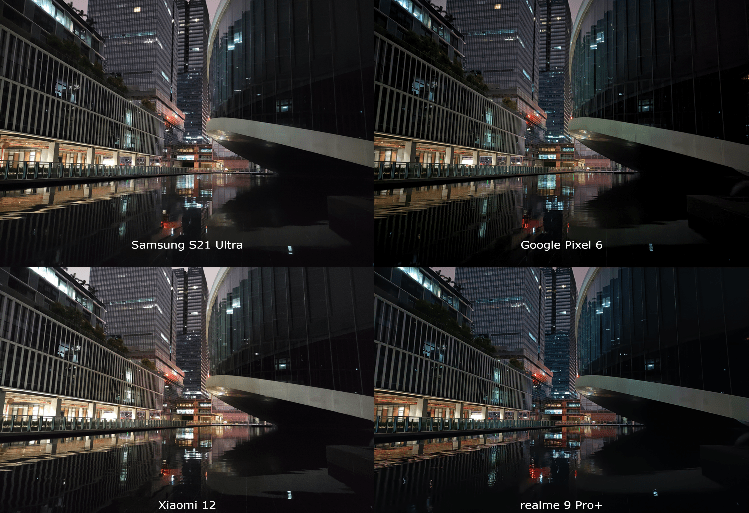 Sitting on the cutting edge of the tech world, the realme 9 Pro+ provides you with high performance in photography in both indoor and outdoor spaces. While on the surface it may seem like the 50MP camera on the realme 9 Pro+ is a downgrade from the 108MP camera featured on its predecessor the realme 8 Pro, the quality of photos that users are able to shoot through the realme 9 Pro+ is a huge improvement over the previous 8 Pro. This is in great part due to the brand new Sony IMX766 sensor and OIS that decreases shutter speed to let in more light. The powerful Sony IMX766 sensor ensures images come out with low noise and distortion as well as high color accuracy and sharpness. The AI noise reduction engine 3.0 effectively reduces image noise by 30%.

The handset also features optical image stabilization technology which allows users to capture scenes with a lot of movement such as bustling city landscapes without having to worry about the movement in the scene causing the image to blur. As seen in the comparison of the nightscapes on the right, the image shot on the realme 9 Pro+ looks richer, details are easier to pick out, and is truer to the reality of the scene.

However, don’t think that realme has forgotten about the selfie enthusiasts. The realme 9 Pro+ also comes equipped with a 16MP selfie camera to help you capture a flawless selfie on the go. Along with all of the premium camera features listed above, the realme 9 Pro+ also features additional exciting features such as 60W Super Dart Charge, 90Hz Super AMOLED Display, and a massive 4,500mAh Battery to support you on your journey towards the perfect picture. Don’t worry if you missed out on the opportunity to try out the upcoming handset’s exciting new camera. You can grab yourself the latest addition to the realme number series very soon.