The Realme X3 SuperZoom is an upcoming flagship phone with a price tag of €499. 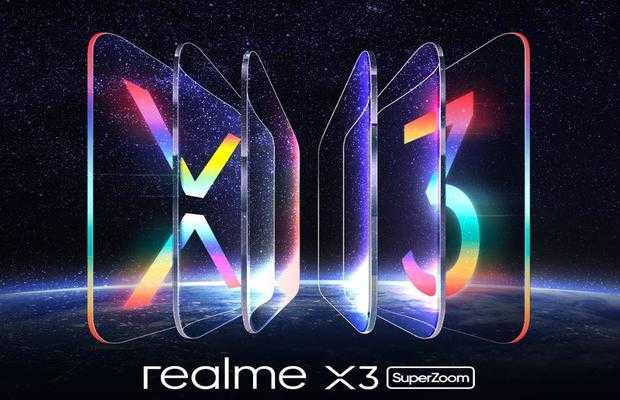 Realme has a new high-end phone, and for the first time ever the brand has brought it to Europe and Thailand market. The Realme X3 SuperZoom is an upcoming flagship phone with a price tag of €499.

The design of the phone has a double punch-hole in the top left corner of the screen with a 32MP Sony IMX616 sensor and it is paired with an 8MP ultrawide angle camera for ultrawide angle selfies. The back is home to quad rear camera setup of Samsung GW1 64MP f/1.8 primary camera, an 8MP periscope lens with 5X optical zoom and optical image stabilization, an 8MP f/2.3 ultrawide angle camera with a 119° field of view; and a 2MP 4CM macro camera The back is covered in 3D quad-curved glass with an anti-glare and anti-fingerprint finish

Read More : Realme Pakistan Unveils Realme 6 and 6 Pro, The Most Anticipated Smartphones of the Year

The phone has a 60x SuperZoom mode that helps you get closer to objects. There is a starry mode too for taking long-exposure shots of the stars as well as UIS video stabilization, UIS Max Video Stabilization, Super Nightscape 4.0, and many more.

Digital Trends quoted it to be “incredible value for money” well that’s precisely one can say about Realme’s latest offerings.

Android Authority ranks the x3 SuperZoom starry mode to be better than the astrophotography mode of Google Pixel 4. There you go Realme fans it’s a camera delight.

Mashable says X3 superzoom is a flagship model to threaten competitors like Samsung & Huawei in the European market. Dare to Leap.

Realme X3 has received limelight all over the world.  Surely this device and technology would one of its kind for other rest of the Realme markets.