Top travel Destinations of 2018 in Pakistan

How many have you checked off? 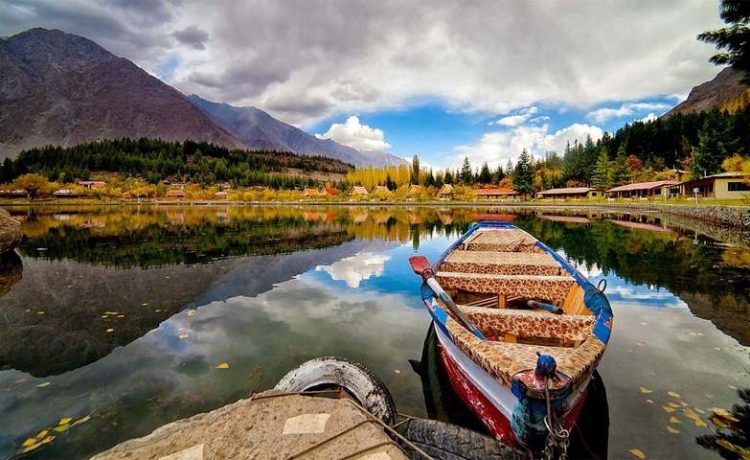 Someone very wise once said, “Don’t listen to what they say. Go see.” Someone even wiser believed in that. Someone dared to travel to a country known to be torn by terrorism that no one wanted to travel to. Someone travelled and told wonderful tales: tales one would never regret nor forget.

The land of these very tales, adventures and much more, is none other than our own beautiful Pakistan. Incensed with rich culture, natural beauty and a popular haven for adventurers, this land also has much to offer. In 2017, 10476 tourists visited Pakistan, according to the PTDC (Pakistan Tourism Development Corporation). Popular destinations then were Gilgit-Baltistan, Chitral Valley, Swat Valley, and Muree and the Galiyat. This number was to peak further in 2018, especially with the flexibility in the visa policy and an increase in publication distribution by PTDC. It is no wonder that this year, Pakistan has been ranked amongst the top 20 for adventure travelling destinations by the British Back-packers Society. However, Pakistan definitely has more than just adventure to offer.

Rated the highest in popularity, this valley is located near the Chinese border. It receives an influx of foreign and local tourists, alike, especially between the months of April and October, when the cherry blossoms cover the tree tops. During the months of June and July the Gianni festival is celebrated, which is the time when the culture is truly on display. The locals welcome the tourists openly, and hold feasts for them.

The Attabad lake is part of this valley. It is a lake created by a landslide dam in January 2010, and since then, has held mass appeal because of its unique turquoise colour.

Also present here are great historical sites, like the Altit and Baltit fort, former residence of the earlier rulers, the Mirs.

The mountain peaks here are particularly challenging and hold a magnetic appeal.

This valley is known to be the paradise of Azad Kashmir. It is named after the turquoise colour of the water that flows in the river here. In some places, this same river, and sometimes just a mountain demarcate the India-Pakistan border, like at Kel.

Attractions like the Dhani waterfall are reasons why this area is particularly visited between March and July, when the waterfall flows best.

Known as the Switzerland of the East, Swat with its red roof tops and panaromic views, stands a class apart. It has quite a few areas on the most visited lists, on a number of tour websites, which include the famous Saidu Sharif (also the administrative centre of Swat) and Malam Jabba (the only ski-resort in Pakistan)

Chitral, capital of the Chitral districts has many treasures for the eyes to behold. One famous spot is Kalash, also known as Kafiristan. People living here have a totally different culture and religion. They claim to be of the descendants of Alexander the Great. The Chitral museum further feeds the hungry minds of those in search of history.

Surrounded by the peaks of the Hindu Kush, Tirich Mir, the highest peak of this range is located here. 25, 289 feet high, one tourist attraction here is to witness dawn or sunset at this peak. Tour guides there make it possible.

The famous, Shandur Polo ground is located just 4 hours away from Chitral. It is the highest polo ground in existence, visited by thousands each year.

Located furtherest north of the Gilgit-Baltistan province, yet it holds the best jewels of Pakistan, like the Shangrilla Lake, Satpara Lake, the Kachura Lake, mountains like the K2, and historical places like the Palace of Rock. Plains like the Deosai (land of the giants) also form part of this vast tourist land.

Located in KPK, this is the land that holds, the great lake Saif ul Malook, a sight you will never forget. Located between mountains, the depth of this lake is still to be discovered. It is legendarily supposed to be the place where fairies descend, from the peak of Malika Parbat, lurking majestically behind clouds just a little further up.

Fairyland, was only recently discovered on 2014, by a tourist and does not look like any part of Pakistan ever touched by visitors.

The Babusar top, is part of the rough Jeep ride tourists take, witnessing the beauty of the Lulusar lake on the way up.

You also get to witness Balakot, and discover how they have rebuild everything from after the 2005 earthquake – truly phenominal. 30km above this is the beautiful Shogran, a sojourn set amongst the clouds.

Easily accessible from Islamabad and Lahore, it is no wonder that Muree has forever remained a hot spot for tourists. Offering local bazaars to shop from (the famous Mall road), delicious food to choose from, and scenery everyone enjoys, this hill-station, stays very much popular. Chair lifts are available from Pindi Point. Nearby are the other Galiyat, Bhurban, Nathia Gali, Changla Gali and the others. So whether it is just the summer heat one wants to fight, or the snow on the foot hills of the Himalayas that one wants to witness, to Muree and the Galiyat it is.

According the Skyscanner (2017), Islamabad, the capital of Pakistan is gaining popularity amongst the Britons. Possibly more because of how every other area becomes more accessible through this city, the serene beauty of this city cannot be denied. Sitting between the Margalla hills, this city has much to offer the eye. From architectural structures, like the Faisal mosque, and the Pakistan Monument, to natural beauty like the Pir Sehawa (the spot when you want the best food, and the best view of the city)

From Rome, Italy 🇮🇹 to Lahore Pakistan 🇵🇰 . Details: Andre Angelucci, the #archaeologist, #traveller/travel designer and a part time singer, who's currently in Pakistan and enjoying his stay to the fullest; currently roaming around Lahore. Follow him for more adventures as he makes way through the land of pure! 💕 Photo credits: @andreangelucci 📸 Note: Our page is about inviting and hosting foreign tourists from around the #world so that they can experience the real Pakistan. 💯💪🇵🇰 . Want to get in touch or book your trip? Contact: [email protected] ✉ Want to get noticed? Submit your photos by using: #LetsGoToPakistan 🎯 Find us on ⤵ @Facebook and @Instagram: LetsgotoPakistan @Twitter: Letsgo2Pakistan #Love #Lahore #Punjab #Pakistan #Beautiful #Artist #Lahore #Islamabad #Quetta #Karachi #Art #winter #Punjab #Sindh #Peshawar #Rome #Italy #earthpics #KPK #Kashmir #Balochistan #thephotosociety #Pakistani #Multan #WonderfulDestinations #BeautifulPakistan #PakistanZindabad

As the popular saying goes, “Lahore Lahore hai”, this city with its rich history, and scrumptious food attracts thousands of tourist ( local and foreign) every year. The recent improvement in infrastructure has no doubt helped invite more to throng this old city, the hub of Mughal architecture.

Talk about mountain and peace of mind #gorakhhillstation #skyline #mountains

A hill station in Sindh, seems the least likely, but here it is. Slowly, but surely gaining popularity, it attracts tourists majorly from Karachi city. Mostly reviewed positively, this tourist attraction, is a gem for nature lovers. Camping facilities are available for the perfect, sleeping under the stars experience. Yes, it snows there too – a place in Sindh, where it snows!

Located 90 km, to the north of Hyderbad, this fort is said to have originated under the Talpurs. It is supposed to the largest fort in the world, with its ramparts paralleling that of the Great Wall of China. With UNESCO having taken it under world heritage, the importance seems to have increased, resulting in its restoration and a boost to tourism.

Fast becoming popular for water sports like scuba diving, snorkeling, free diving, underwater photography and jet skiing. This island near Mubarak village, is the next emerging thing. People especially from Karachi are known to visit this adventure spot. With the way formal bookings have to be secured, one can figure how famous this is becoming.

With the CPEC resulting in faster development of this area, Gwadar is already promising to be not just a port for trade, but a gateway to more tourism. People are already thronging to see the natural beauty of this deep sea port.

The hammerhead, the sphinx and the Princess of Hope, are structures created supposedly by mud volcanoes. Such natural features leave the viewer baffled by the wonders of nature.

Closeby are Ormara and Pasni, equally beautiful and untouched. A desert flows on one side and the sea on the other.

Together with all these tourist places emerging, and the older ones still reigning in popularity, one wonders what, or rather, how many more tourists the next year will bring. One can only be thankful at the special work of the army against terrorism. Where in 2005, tourism was fast declining industry, since 2013, it has seen a steady growth. Now one can easily start on a Pakistan tour and, “oh the places you’ll go!” (Dr. Suess). 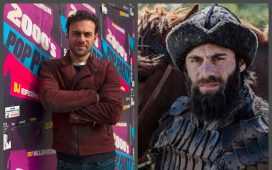 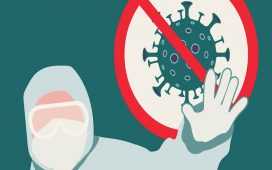 Education institute sealed in Islamabad due to COVID-19 cases: NCOC 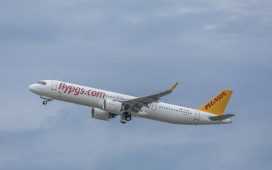 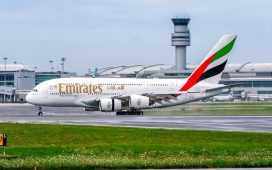 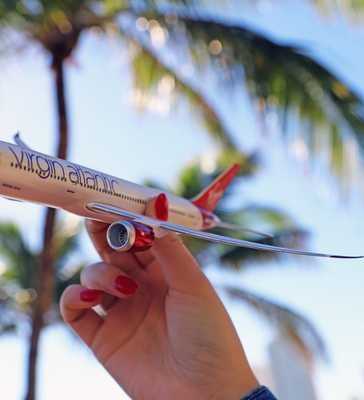