Pakeeza forgave Khadeeja, but will Khadeeja forgive herself? 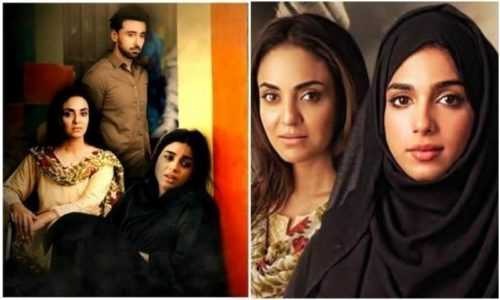 Another episode of the top trending serial Aisi Hai Tanhai aired yesterday and it seems that drama is now moving towards its resolution. Even 31 episodes down the lane, the drama still have the same intensity that gripped us when the first episode aired. Badar Mehmood’s direction and Mohsin Ali’s story is hair-raising and bone chilling. Adding to that is the perfect portrayal of their respected scenes by the cast. In short Aisi Hai Tanhai is a perfect winner.

The episode begins with a court room scene where the  prosecutor lawyer is questioning the culprit Khadim Bashir. Khadim shamelessly and bluntly lies and tries to hide the reality. Pakeeza, Khadija, Hamza and Dr Saad are all present in the court. The lawyer cross questions Khadim and asks him where was he at 30th of Sep after 7 pm to which Khadim lies that he cannot recall where he was at that particular date.

Dr. Saad asks Pakeezah to meet her mother, Pakeezah refuses. Pakeezah and Dr Saad argue about the matter and Pakeezah is resolute that she doesn’t want to meet her. However, at Saad’s insistence she agrees and what ensues are scenes that you should not miss at all. As Pakeezah, Sonya Hussyn has given her best performance to date. The girl speaks with her eyes. Even the dialogues for the drama deserve praise because they get to your soul.

Kinza is not ready to forgive her mother after she learns the truth. She locks herself in a room and remains in a melancholic state. Khadija tries a lot to talk to Kinza but she says she don’t want to see her. In a chaotic state Khadeejah reveals more truth to Kinza that she is the one who poisoned Pakeezah to which Kinza seems more furious. In a rage Kinza opens the door and tells Khadeejah that she has made her hate the word mother, claiming she should have taken the poison herself.

Pakeezah finally visits Hamza place to meet her mother. She tells her mother that she is not there to blame her or to be angry with her but in fact she is here to pay her gratitude for giving her second life  by taking her to the hospital. Khadeejah tries to beg for forgiveness but Pakeezah not only forgives her but kisses her hand. She appreciates Hamza, his love and say that she envies him for having loved Pakeezah like someone dreamt of being loved.

She says that Hamza has done everything for her on the cost of himself. She then goes to see Kinza, who first mistakes her as Khadeejad but when Pakeezah says its me she opens the door but she seems very guilty. Pakeezah says don’t be guilty I am not here to make you feel bad, I know we all are victims of our fate.

Sami Khan’s expression, in the few scenes where Pakeezah speaks to him were simply flawless. If there is anyone who could nail Hamza, a cheerful college boy to a responsible adult in a jiffy, it had to be Sami Khan. The guy conveys what he’s feeling with his expressions. We believe, Hamza happens to be one of Sami Khan’s strongest performance while Aisi Hai Tanhai is the entire cast’s best to date.

tweet
Share on FacebookShare on TwitterShare on PinterestShare on Reddit
Rameeza NasimMarch 8, 2018
the authorRameeza Nasim
Rameeza Nasim, a Paralian, passionate about poetry, drama and fiction. By giving drama critiques I feel like I am endorsing the writer's message to the audiences, I love my job. Being a critic responsibility lies on my shoulders to point out the flaws and shortcomings of the play be it on writer's , performers or director's end . I did my Masters in English Literature and Linguistics .
All posts byRameeza Nasim