The service will allow Apple users worldwide to stream television shows and movies, including Apple originals and those from other creators 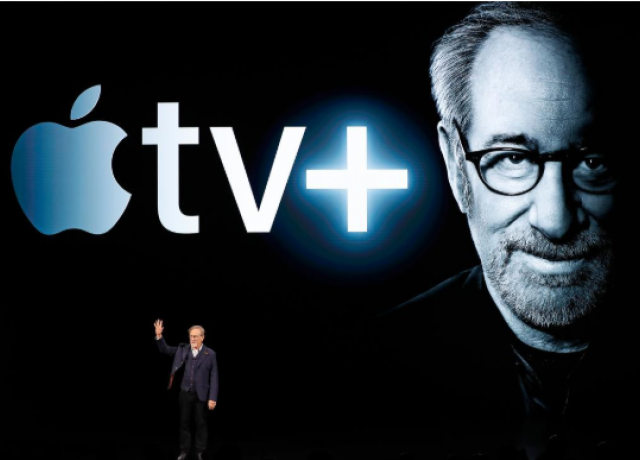 An event at Apple’s Cupertino, California headquarters unveiled Apple’s latest offering to the public, a video streaming service that will allow users to watch television shows and movies, including Apple originals and those from other creators.

Along with Apple TV+ Apple also introduced updates for its payment system, a new games arcade, with the addition magazines to the news app. The tech giant has already commissioned programming from Jennifer Aniston, Reese Witherspoon, Oprah Winfrey, and Steven Spielberg.

As sales from iPhone decline, Apple has jumped into original entertainment signaling a fundamental shift in the business idea of the giant. Apple is now focusing more on  selling subscriptions and services like video, music and hardware insurance. The free news app will now be available as a paid-subscription, called Apple News+, costing $9.99 a month, curating a range of news articles and including 300 magazines the likes of National Geographic, People, Popular Science, Billboard and the New Yorker.

Without any new tech-advanced device, Apple also introduced a titanium, laser-etched Apple Card at the event. The card is backed by Goldman Sachs Group and Mastercard and can track spending across devices and pay daily cash back on purchases.

According to Tim Cook, Apple Pay, Apple’s digital wallet, will soon be available for use on public transit systems in Portland, Oregon, Chicago and New York City. Moreover the digital wallet will also be available in more than 40 countries by the end of the year.